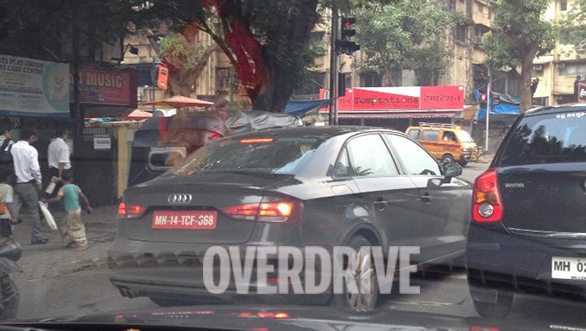 The upcoming Audi A3 sedan has been once again spotted testing on Indian streets. It may be noted that the test mule that you see in the lead image is the same car which has been spotted on numerous occasions earlier.

The Audi A3 sedan would soon become the cheapest sedan in Audi India’s product portfolio and could come with a starting price of INR 25 lakhs. The upcoming Mercedes CLA Class adversary could further help the Indian subsidiary of Audi with consolidating its position of the highest selling luxury car maker in India.

The Audi A3 sedan is expected to make its public debut at the 2014 New Delhi Auto Expo, which will be held in February next year.