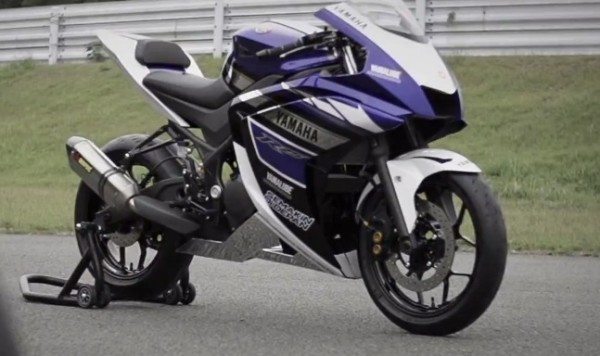 That the Japanese bike maker giant, Yamaha, is working on a 250cc engine-d sportsbike is a known fact. This bike, which will be called as the YZF-R25, is likely to be first launched in Indonesian market towards the end of this year and would make it to our country soon thereafter. CLICK HERE to read our coverage of the Yamaha R25.

Now, in an interesting development, it has emerged that Yamaha might be working not just on the 250cc R25 but on a 300cc sibling too! The folks at Asphalt and Rubber claim that Yamaha has already trademaked the names YZF R3 and R3 and this 300cc sportsbike could be launched just months after the highly anticipated R25.

It isn’t really too much of a surprise to know that Yamaha intends to come up with both a 250cc and 300cc model in its YZF range. It may be noted that arch rival Kawasaki has been selling Ninja 300 and Ninja 250 alongside each other since sometime now and it seems like unlike what was being speculated earlier, Yamaha plans to come up with not one but two bikes to combat the Ninja sisters.

The Yamaha YZF-R3 300cc sportsbike would be powered by a parallel twin, 300cc, fuel injected engine that is likely to have a max power output of around 40 PS. The engine will come mated to a six speed gearbox and in typical sportsbike fashion, would have a high-set redline.

The YZF-R3 could share its tubular frame with the 250cc sibling. We won’t be really surprised to see the R3 and the R25 looking almost the same. Now, the concept R25 looks much like Vale’s M1 and the production model would in-turn, look much like the concept bike. This means that the R3 too would look like a serious track-oriented machine, which is only a good thing for bike aficionados and Rossi-loyalists.

Not much is currently known about the Yamaha YZF-R3 300cc sportsbike but safely expect us to updated you as soon as we manage to dig out some more info on the upcoming Yamaha sportsbike. 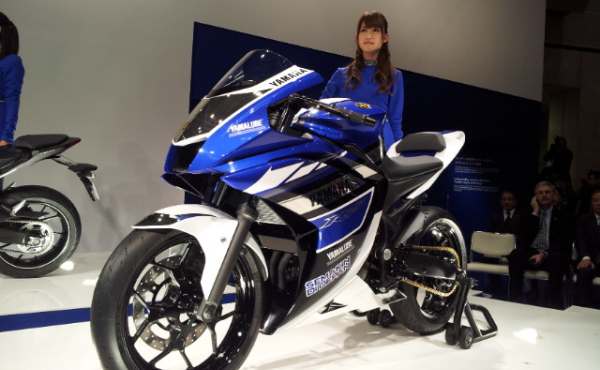