The highlight for Dovizioso came when he joined the double World Rally Champion, replacing Julien Ingrassia in the co-driver seat. With the MotoGP rider on board, Ogier cranked up to race speed on the gravel roads around Olbia in the northeast of Sardinia. The Ducati rider, currently third in the World Championship, was impressed by his trip out. 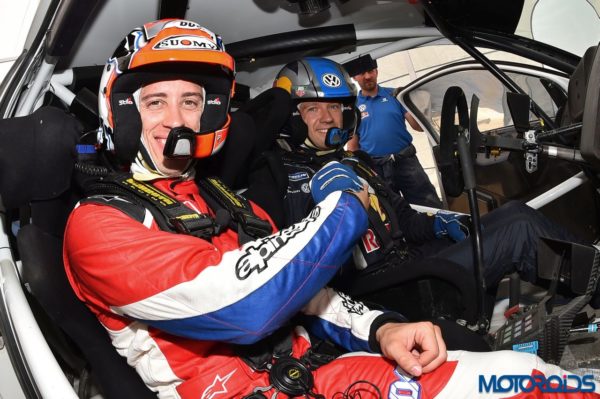 Dovizioso said, “You have no idea of how extreme it is, how fast they go in the narrow roads and how powerful these cars are. To be honest, it is the most charged-up and incredible thing I have ever done, by a long shot – MotoGP is nothing compared to this!”

Ogier was thus able to return a favour, after Dovizioso had invited him and his wife Andrea Kaiser to Mugello a week ahead of the MotoGP race, where he offered the pair an exclusive insight into what goes on behind the scenes at the Ducati team. 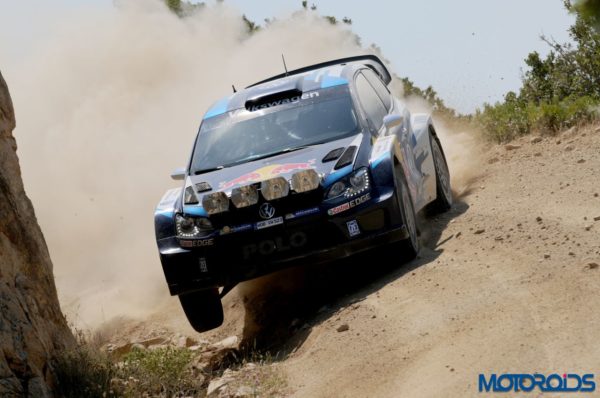 The Rally Italy will take place on Sardinia from 11 to 14 June. Sébastien Ogier and Volkswagen lead the World Championship ahead of the event. Victory for Ogier and co-driver Julien Ingrassia would be their third in a row at the Rally Italy. On the same weekend, the seventh championship event of the MotoGP will be held in Barcelona (Spain).