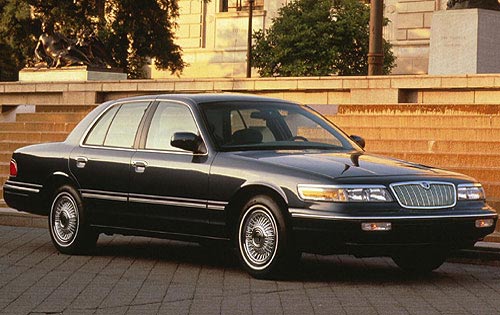 We admit it’s not very easy to understand women in general and that one should never mess with a woman’s logic. But trying to understand, just why would anyone drive around for ten months with a dead passenger in their car, is beyond our wits.

The kind hearted 57 year old woman, from Southern California met a homeless woman in a park nearby Fountain Valley sometime last year and let her sleep in her midnight blue 1997 Mercury Grand Marquis. However, the homeless woman died unexpectedly in her car 10 months ago. What would a normal person do in such a situation? Report to the cops immediately, right? Well, not this particular woman. She was too scared of getting accused of something, so she choose to keep a box of baking soda in her car to cover up the foul smell and continued driving along with her dead buddy.

Local cops discovered the dead body only after ten months, when her car was left blocking a driveway in Costa Mesa, California. When the cops arrived at the scene, they were struck by a strong odor and saw a leg poking out from under a blanket and some clothes. The partially mummified remains consisted of mostly skin and bones and weighed about 30 pounds. An autopsy showed no signs of trauma or foul play. Fortunately, for the woman driver, it has not been determined yet, if she would face any charges.