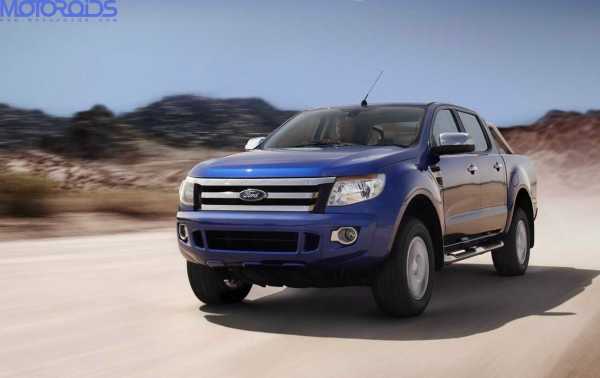 The work on all-new 2012 Ford Endeavour has begun. The current version of the SUV is quite old, and the American carmaker has already started working on the replacement. It’s no secret that the Ford Ranger pick-up truck and the Ford Endeavour / Everest SUVs have shared a lot of parts in the past. Now reports suggest that adhering to Ford’s model cut-down policy, the Ford Ranger introduced at the 2010 Australian International Motor Show is going to spawn into the 2012 Ford Endeavour / Everest SUV. Apart from an all-new chassis frame, the front and rear suspension and steering system on the Ranger are also brand new.

The new Ford Ranger is a sturdy pick-up truck which is built to offer great off-roading capabilities fused with refinement and driving comfort. The new vehicle is made keeping in mind its 180 markets across the world, and is a result of Ford’s new global compact pickup truck platform. Although the Ranger is available with three engine options – two diesels and one petrol, we can very comfortably ignore the petrol version for the diesel-centric Indian market.

Ranger is the result of an all-new global compact pickup truck platform from Ford – the latest to emerge under the company’s One Ford initiative – and Mazda. It replaces two previous-generation compact truck platforms currently in production. That bit is important, as Ford is very keen on cutting down their global models list and selling similar products across the world, with minor tweaks to suit the area-specific preferences.

Knowing that Ford offers even the Endeavour with more than one engine options, we can assume that both diesel engine will make it to the Indian shores. The smaller of the two engines is a 2.2-litre Duratorq TDCi I4 engine which produces 150PS of impressive power and 375Nm of torque. The bigger of the diesel duo is a 3.2-litre, Ford Duratorq TDCi I5 engine with 200PS of power and 470Nm of torque. These engines will be mated to an all-new 6-speed transmission system. The new vehicle is available in both 4×2 and 4×4 trims.

Off-road performance has been beefed up with a stiffer frame, ground clearance of up to 232mm and driveline components that have been strategically mounted above the frame rail. The in-cabin refinement and comfort has been paid special attention to and Ford have tried to fill the new Ranger up with car-like features like reverse parking sensors, rear park assist and some truck-specific technologies like Trailer Sway Control and Adaptive Load Control.

Dderrick Kuzack, Group VP, Ford Global Product Development says “We know trucks so we leveraged our best expertise from around the globe to create the all-new Ford Ranger. Focusing our global resources on a single new compact pickup truck platform meant we could deliver significant improvements, technologies and features that owners will value, along with impressive fuel economy that alone will be a reason to buy.”

The Ford Ranger will be manufactured at three sites with production ramp-up slated to start next year, firstly in Rayong, Thailand.
The new SUV is expected in late 2012 at the earliest. Expect the price to be somewhat in the same range as the current Endeavour for the base model.