Home Honda Will Honda launch the Brio diesel in December this year? 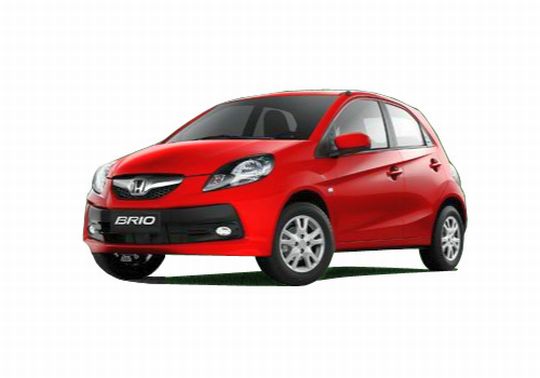 Regulars here will remember that we have been talking in detail about Honda’s plans of introducing diesel engines in its Indian line up of cars. As is the case, the majority of car sales come from the small car segment and a diesel mill in the Brio can be quite a lethal threat for the very popular Maruti Suzuki Swift. It seems like Honda Siel is thinking on very similar lines. This became evident as a few spy pics of this car have started doing rounds. These sightings mean that Honda isn’t too far from introducing their first diesel engined car in the country and other car makers better watch out. Now, buzz is in the air that the diesel version of the cutesy hatchback could be launched as soon as in the end of this year. The Brio diesel should also offer an automatic transmission and become one of the few hatchbacks on sale that offer an auto tranny. It may be noted that Brio is not picking enough sales to become a market leader owing to lack of an oil burner. Swift, the current leader of both its segment and the entire Indian car market, offers a diesel variant that is almost flying off the dealerships. It may be noted that it is being said that as much as 85% of Swift hatchbacks sold are equipped with a diesel mill. This alone shows the importance of having an oil burner and we won’t be surprised if Honda is in a hurry to launch the diesel version of its little car. It may be noted that Honda enjoys a status of being a premium car manufacturer in India and a diesel mill can surely make things a lot better for the hatchback which makes perfect sense as a funky intra city runabout with enough potential to for the occasional highway run. Watch out for this space for more details on Brio diesel.