Tata Motors, the popular homegrown carmaker, had the most interesting lineup of vehicles at the Auto Expo 2020. It had a host of new products unveiled at its pavilion at the mega biennial event at Greater Noida. From pre-production spec to concept models it showcased a range of interesting cars which buyers will be willing to put their money at. Among the most fascinating vehicles shown by the carmaker was the Tata Sierra EV concept. Other than that, the company even showed the electric version of the Tiago, Tigor and Nexon. What also caught our fancy was the Hexa Safari Edition, which carries forward the legacy of what was one of India’s most-loved SUVs.

Many people were disappointed as to why Tata didn’t upgrade Safari’s engine to comply with BS6 emission norms. But all of them were relieved and happy when they saw the ‘Safari’ name attached to another popular SUV-the Hexa. Basically, the Tata Hexa Safari Concept is based on the Hexa 4×4 variant but comes with a styling package that makes the vehicle look more rugged. The SUV features a bespoke paint, which, as per the company, is inspired by the earthy tones of the outdoors. Other than this, the company will also have a new set of roof rails and contrasting paint on the body cladding.

The Hexa has been in the Indian market for quite some time now and was launched as a successor to the Aria. It is essentially a cross-over of an SUV and an MPV, but its capabilities and solid build lean more towards the former. Therefore, it competes with vehicles from both the segments- SUVs like XUV500, Scorpio and the likes of MPVs like Toyota Innova Crysta and Mahindra Marazzo. So while it offers the comfort and utility of an MPV, it also proves to be sporty and rugged like an SUV. 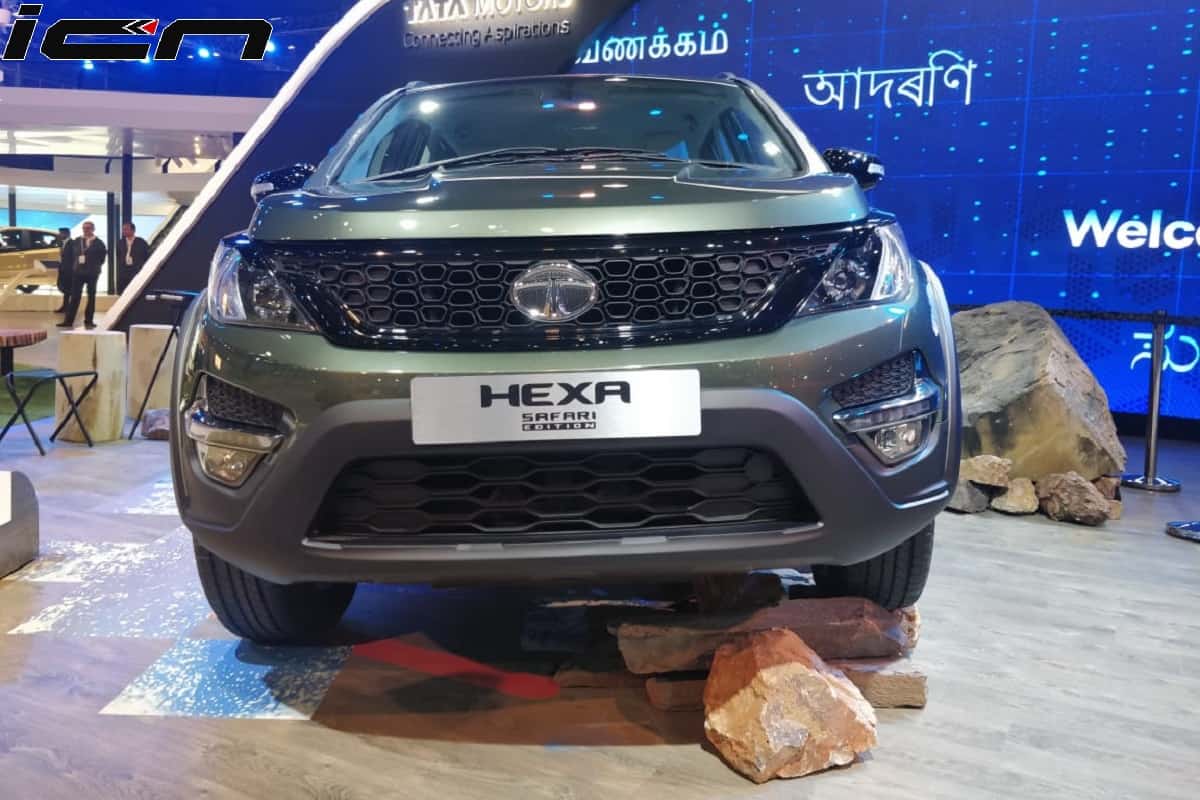 Updates for the interior are even fewer than those on the outside. The only difference here will arise out of new upholstery and a Safari Edition badge on the driver-side dashboard. The best part about the Hexa Safari Edition is that it was showcased with a manual gearbox transmitting power to all its four wheels, which is what most enthusiasts who venture off the road prefer. The drivetrain delivery can be altered via four driving modes and everything else inside is identical to the Hexa. The 2.2-litre engine which powers the BS4 Hexa will in all probability be upgraded to meet the new BS6 norms and since Tata Motors has confirmed that the Hexa will be a part of its portfolio in the future, for those who have always loved the Safari and want a thoroughly comfortable, go-anywhere vehicle, this Tata won’t disappoint.