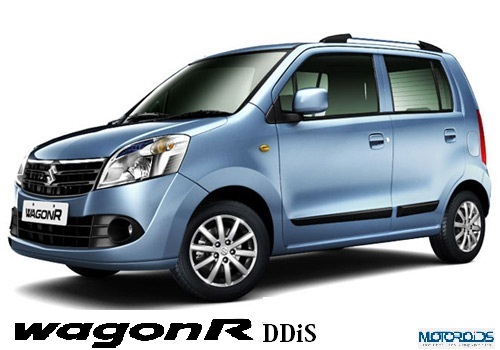 Just a little more than a decade ago, we all were a part of a world where one never had to dig deep into his pockets to buy a few litres of petrol. There used to be some lucky blokes in the West, in a country called United States of America, who used to thoughtlessly burn this liquid in cars running inefficient mammoth sized 8.0 liter V12 engines, returning 2 kmpl! And they didn’t have to sell their kidney or mortgage their child for indulging in this pleasure.

However, times have taken a full U turn ever since and the change is so drastic that manufacturers all over the world are now busy working hard to produce cars that can stretch a litre of fuel to a few kilometres more. Fuel prices have gone so high that people are fast resorting to installing LPG and CNG kits in their cars. While there is nothing really wrong with doing so, there exist quite a few factors such as- proper installation, long term effect on engine and easy availability of these fuels that prevent these to be the ultimate answer to the fast rising price of petrol.

Those with high daily usage turned towards diesel powered cars. Quite naturally, owing to diesel being considerably cheaper than petrol, anyone having to cover long distances with his car is better off with a diesel powered vehicle. In this case, the higher initial investment on buying a diesel car over its petrol sibling can easily be recovered from the gains from cheaper fuel.

Maruti Suzuki India Ltd. (MSIL) has always been responsible for providing India with affordable motoring and the car maker is busy laughing its way to the bank owing to the success of Swift diesel. Towards the end of last year, it emerged that Maruti was working on the idea of coming up with a diesel engine for the WagonR. Powering the car would be the same motor that powers the diesel version of the Chevrolet Beat. With about 60 PS of power and 150Nm of torque, the 3 cylinder derivative of the tried and tested Multijet appears suitable for application in the tall boy.

Earlier, RC Bhargava Chairman, Maruti Suzuki, had said, ‘At the moment, we have a 1.3-litre diesel engine. Fiat is working on 1,000cc engines also. We don’t know the timeline, but surely, we will get these for our smaller cars.’

Currently, Chevrolet Beat diesel is claimed to be the most fuel efficient car in India with a rated fuel economy of 25.44 kmpl. Now, Maruti is known for understanding the Indian driving conditions very well and we expect the 1.0 liter 3 cylinder Multijet to offer even better fuel efficiency on being tuned by engineers at Maruti Suzuki. If nothing else, Maruti’s tall boy is lighter than the Beat by about 130kgs and this alone should help the car deliver a stellar FE figure.

So what happened to the WagonR diesel?

Somedays back, it surfaced that GM is in no mood to share the 3 cylinder Multijet with Maruti and very good chances are that this might have come up as a hurdle in the development of WagonR diesel. Also, WagonR, which is among the five highest selling car brands in India, is doing well and Maruti appears to be in no hurry to introduce the diesel version.

However, petrol prices will continue heading north and the situation is bound to get worse. It will be mutually beneficial to both MSIL and Indian car buying crowd if the carmaker soon finds a way to get their hands on the 3 cylinder motor.

A diesel engine should indeed make the WagonR a ‘smart choice.’ No?