If a Bajaj Dominar’s aesthetics simply don’t appeal enough to you and you want something that doesn’t just go hyper riding but looks hyper too, brace yourselves. GM Custom has made a comeback with another one of its conversion projects, as always they will rework any motorcycle below 500cc to make it look like whatever you’d be into. Well this time around, if it isn’t obvious enough already, it’s a Dominar 400. GM Customs that is based in Delhi has managed to convert the Dominar 400 into a Suzuki Hayabusa, that’s a 373 to 1340. 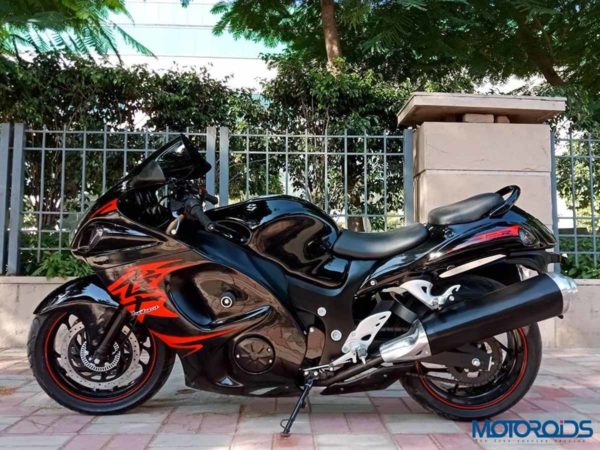 For this ordeal, the Dominar received new body panels, a similar blinker and headlight setup to the Suzuki Hayabusa. The makeover includes a new full fairing, a multi-pod analogue instrument console with a fuel gauge, tachometer and a speedometer that’s similar to the one on the Hayabusa. Additionally, it includes a tall windscreen and a digital display for additional information that would normally be available on the Dominar. 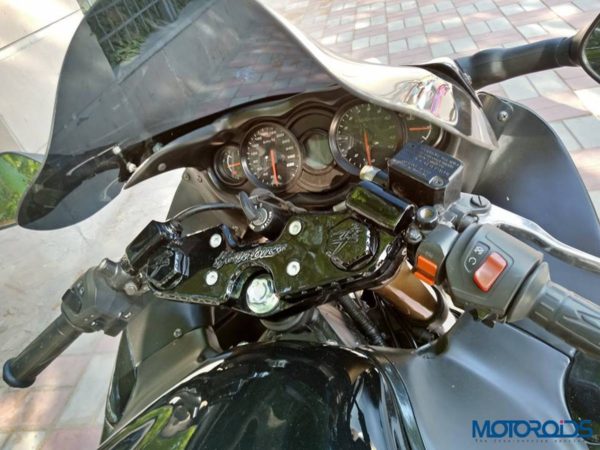 To help deliver more of a hyper feeling, the traditional handlebars have been replaced with a clip-on style handlebar, this grants the motorcycle a more aggressive and dedicated riding posture. The switchgear, however, stays the same and is carried over from the Dominar 400. The fuel tank has been shaped to look more muscular and has a Suzuki logo added to it. The motorcycle also gets a split seat setup and pillion grab rails for added practicality, the tail light is an LED unit along with turn indicators that are integrated. The exhaust has been changed to a functional dual pipe setup so that everyone can hear your single-cylinder fire up as you pass by. 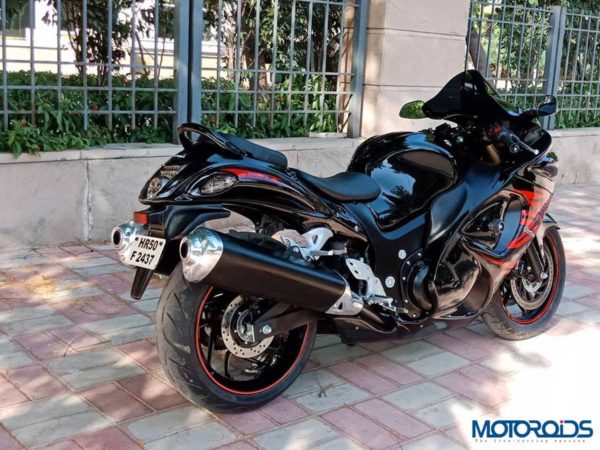 Additionally, the Domibusa gets a box-type swingarm that replicates that on the Hayabusa, the Hayaminar also gets frame sliders to protect the body or paintwork in case of a crash. The suspension, however, remains unchanged and it still uses a mono-shock at the rear while telescopic forks at the front. Braking has been taken care of a dual disc setup at the front that delivers phenomenal braking power, we’re just kidding only one of those discs actually works while the other just serves an aesthetic purpose. 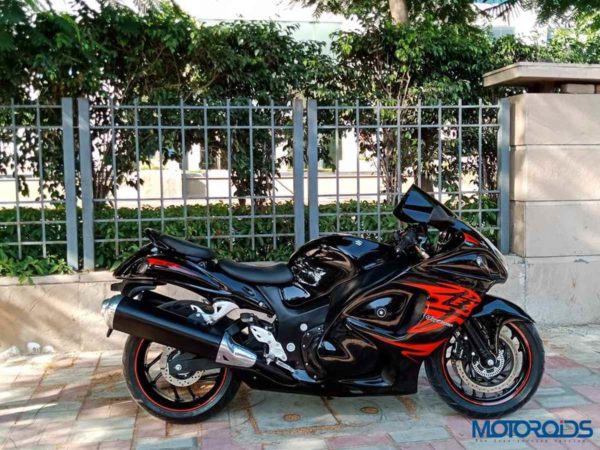 Powering this Domibusa/Hayaminar is a familiar 373cc, single cylinder motor that produces 35 bhp of power and 35 Nm of torque while it’s mated to a 6-speed gearbox that’s slip assisted. While the Bajaj Dominar 400 costs Rs. 1,48,043/- for the non-ABS, the ABS variant costs Rs. 1,62,074/- ex-showroom. GM Customs has priced the entire conversion at Rs. 1.5 to Rs. 2 lakhs, which more than what a Dominar would cost, to begin with, needless to say, if you’re someone that wants the looks to match your charisma then look no further.