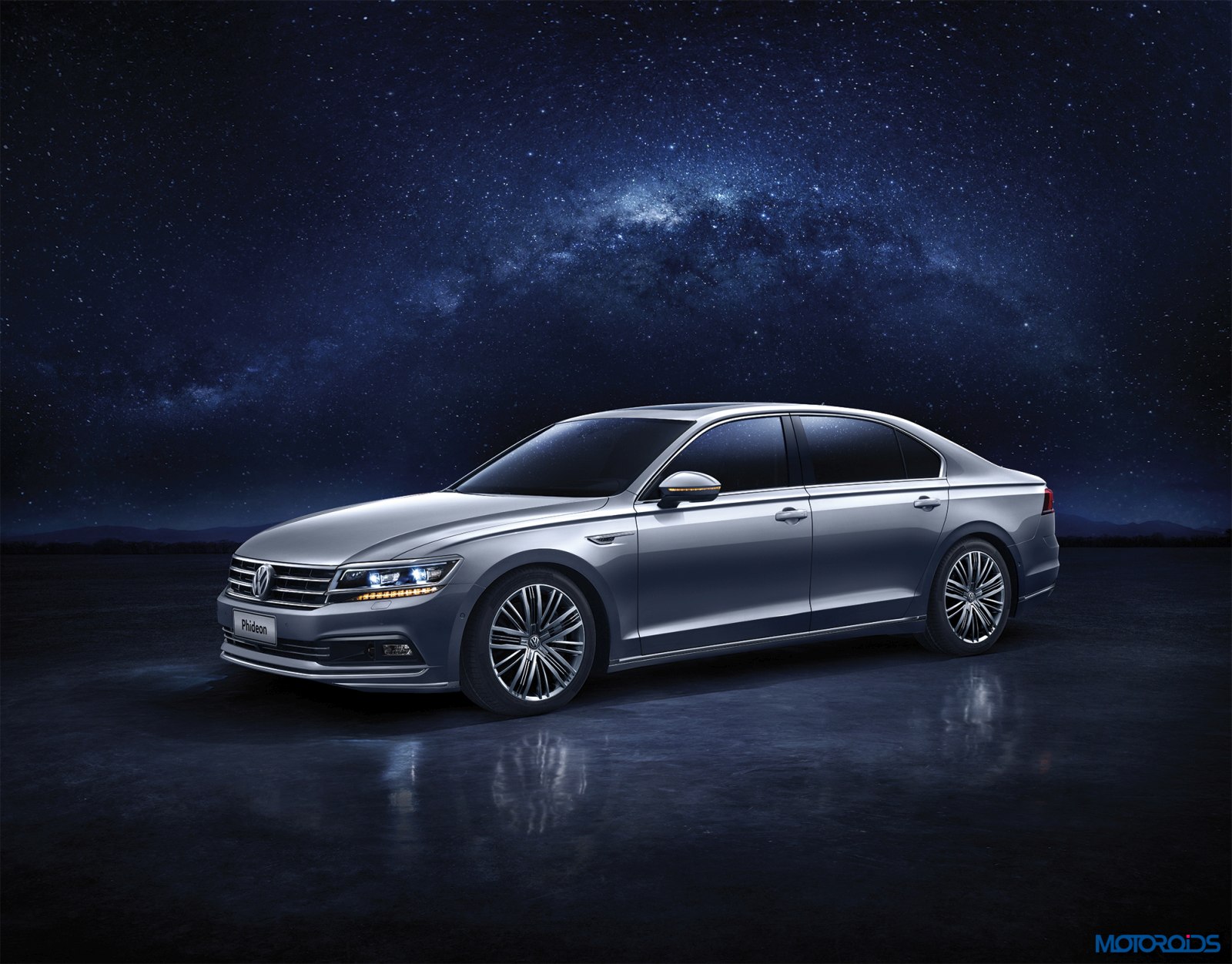 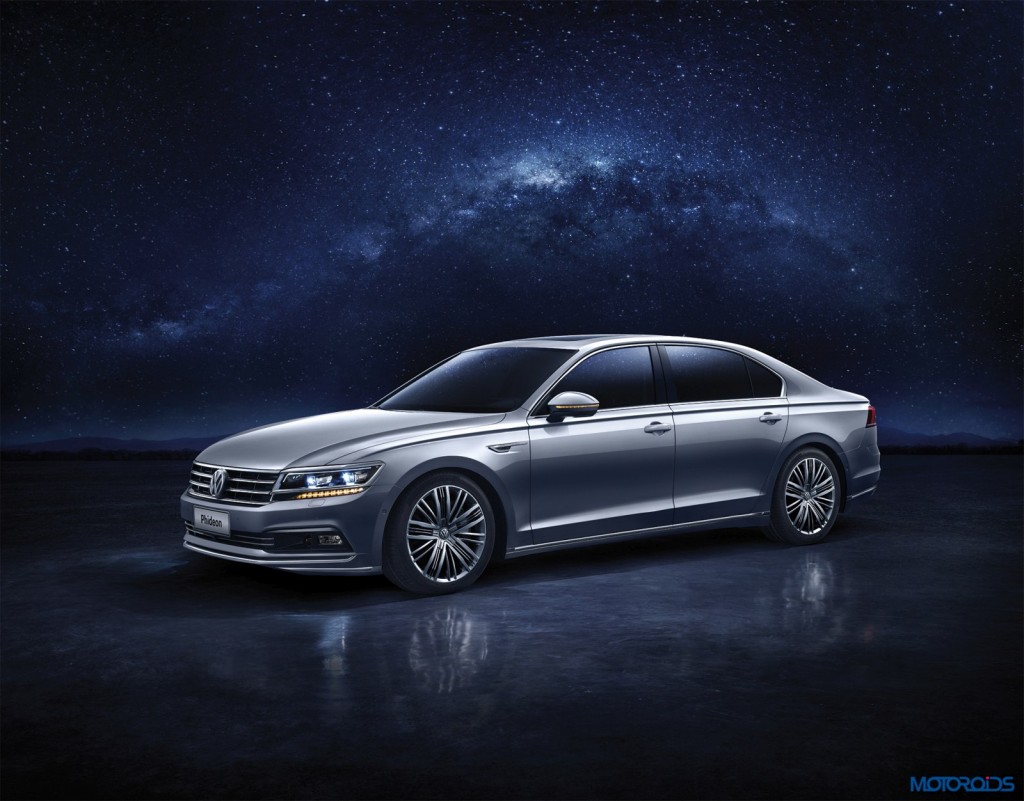 For those of you who remember the Phaeton, the Phideon stops just short of the once VW Flagship sedan to cater to the Chinese market. The car has made its official internet debut already, and will break cover in the flesh at the 2016 Geneva Motor Show.  The newly developed luxury saloon will be launched in the Chinese market in Q3 2016. According to the official company sources, as of now, VW doesn’t plan to launch the Phideon in any markets other than China.

Positioned above the Passat and the Magotan, the Phideon gets Volkswagen’s new family face, an elegant yet dynamic design and gives us a hint towards what the future Volkswagen luxury sedans may look like. The car has been developed in Germany with the assistance of VW’s Chinese partner SAIC Volkswagen and is the first ever VW to be based on the company’s Modular Longitudinal Matrix (MLB) platform. 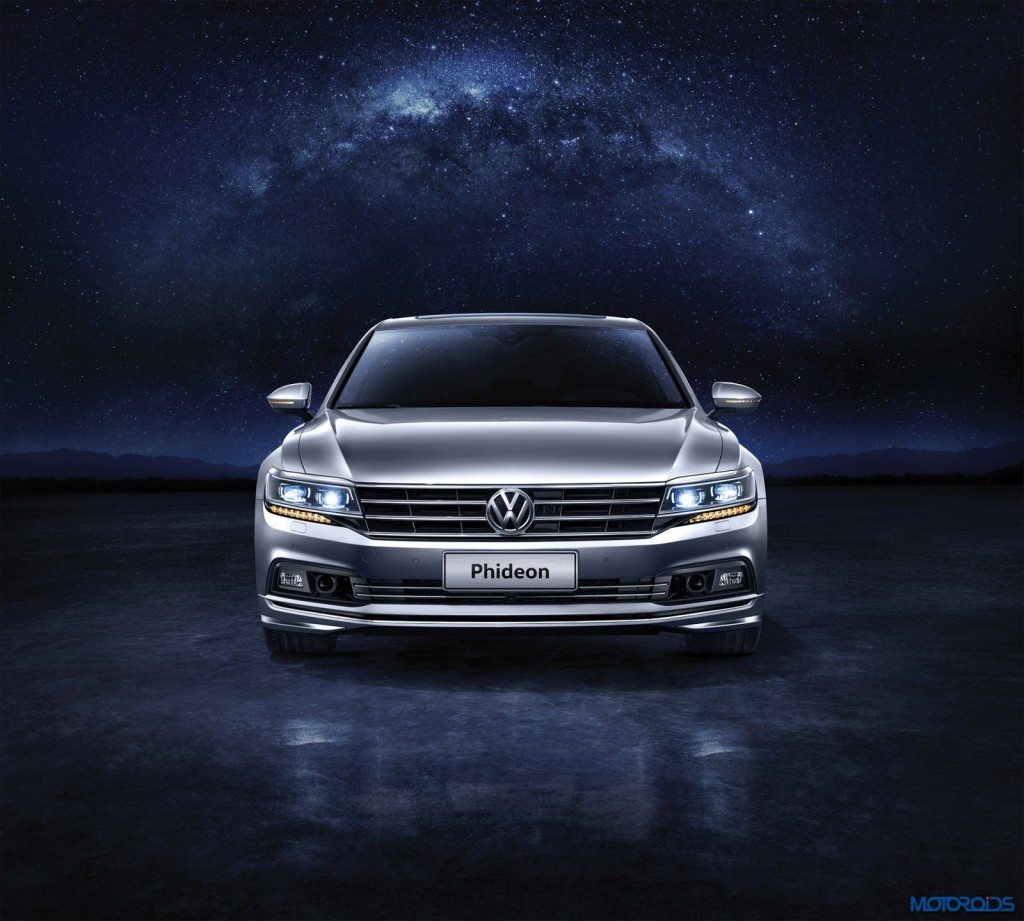 For Geneva, the Phideon will make an appearance in the top of the line four-wheel drive 3.0 V6 TSI 4MOTION avatar with 300 PS of power and 440 NM of torque. Upon launch there will also be a 2.0 TSI four-cylinder engine with front-wheel drive. A model with a plug-in hybrid trains also planned for the future.

The Phideon measures 5.05 meters long, 1.87 meters wide and 1.48 meters tall with a wheelbase of more than three meters. Volkswagen has deliberately kept the overhangs low to give the Phideon a sporty appearance. The front gets a wide and comparatively high grille with four chrome bars, with two of the chrome-plated crossbars framing the dual LED headlights. This bold unit of grille, headlights and LED daytime running lights forms the “face” of the Phideon. This design DNA will also be found in the brand’s future high-end sedans. 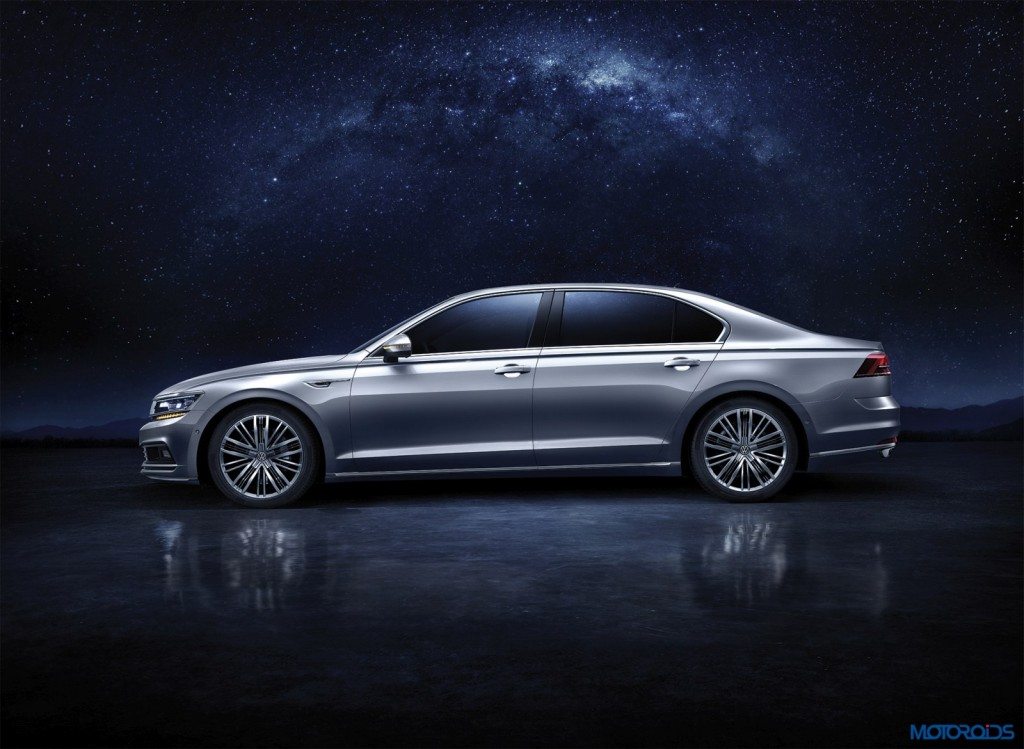 The side gets a strong character line formed by two lines. Like the front end, the design at the rear gets a horizontal division of the surfaces, to highlight the car’s width.

Inside the cabin, the Phideon has space for five and is projected as car with an involving drive and a comfortable backseat. The seats can be electrically adjusted, including for the curved sides, and have seat ventilation and heating as well as a massage function. Other cool features include a lounge like wrap-around ambient light strip that can switch between three different colours.

The Phideon comes equipped some solid technology and includes an air suspension system, similar to the ones used on Bentley cars. The latest generation of this technology has five individually selectable driving modes. Another new feature is the electric soft-closing system for the doors, called “Soft Close”. 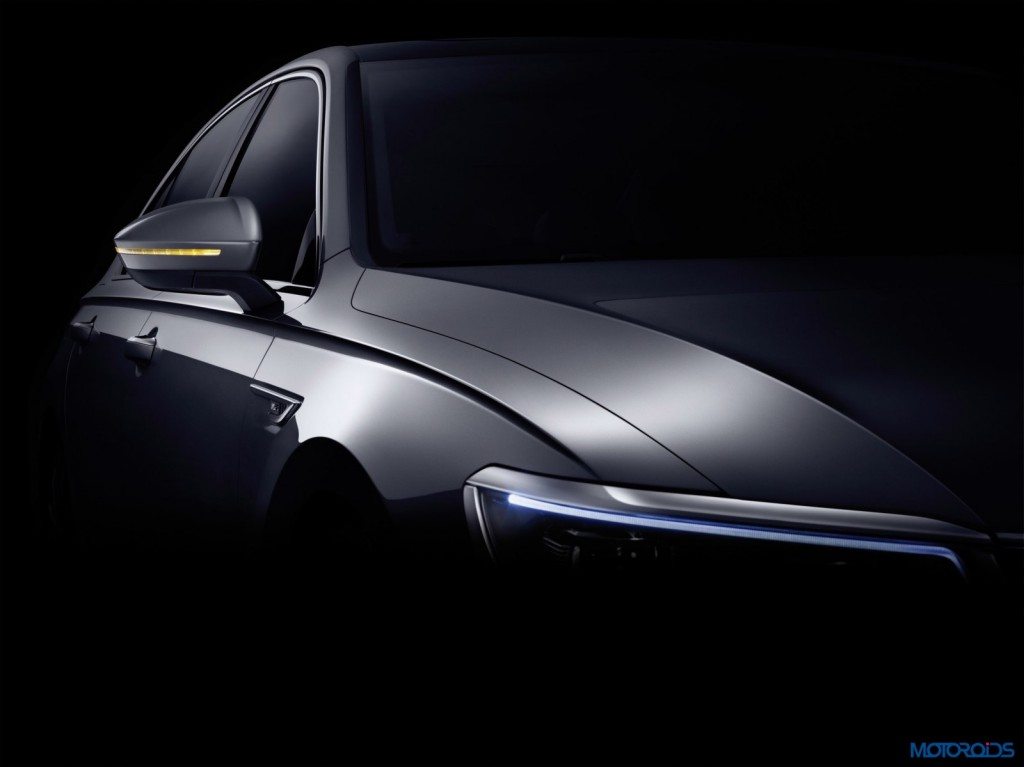 The car will also get the Modular Infotainment Platform (MIB) that can be used to integrate compatible smartphones via the three major smartphone platforms — CarPlay (Apple), Android Auto (Google), and MirrorLink.

Check out the official images and videos of the car in the gallery below. Do let us know if you think that such a platform from Volkswagen may work for India.