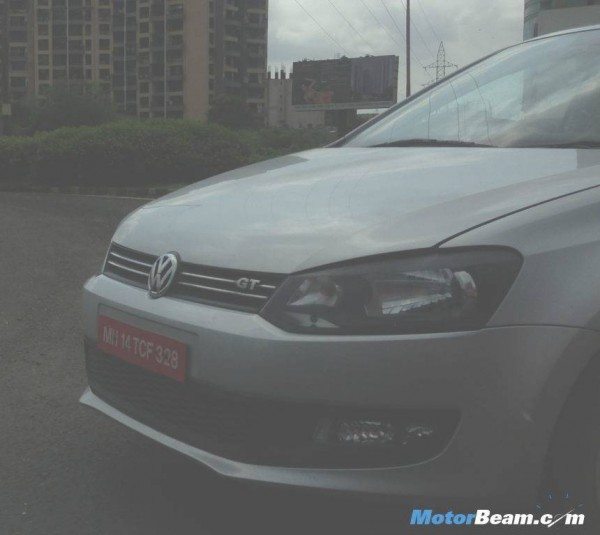 The good folks at Motorbeam report that the Indian subsidiary of Volkswagen intends to launch the new Polo GT TDI, the diesel powered performance variant of Polo, in Indian car market on the September 13. It is also being said that several VW dealerships have already received their display cars.

It can be clearly understood that the upcoming Polo variant is aimed at those prospective hot hatch buyers who are scared of high fuel prices and hence, are apprehensive of putting their money on the GT TSI.

The Volkswagen Polo GT TDI is expected to be priced at approx Rs. 8.25-8.50 lakhs and bookings for the GT TDI are already underway for an amount of INR 50,000/-.

The VW Polo GT TDI will be powered by a 105bhp-250 NM, 1.6-litre, 4-cylinder oir burner, which will ensue that the car would fall in the higher tax bracket. It may be noted that only the cars which measure less than 4 metres in length and have diesel engine displacing less than 1.5 litres benefit from lower excise duty of 12% (as against 24% for cars not satisfying the above parameters).

Volkswagen GT TDI will come equipped with most of the features and creature comforts that are found in the GT TSI. These include sporty black seats, GT scuff plates, 15″ ‘Strada’ alloy wheels, sport pedals and rear spoiler. However the GT TDI, which gets a 5 speed manual ‘box rather than a DSG unit, misses out on ESP and hill hold assist.