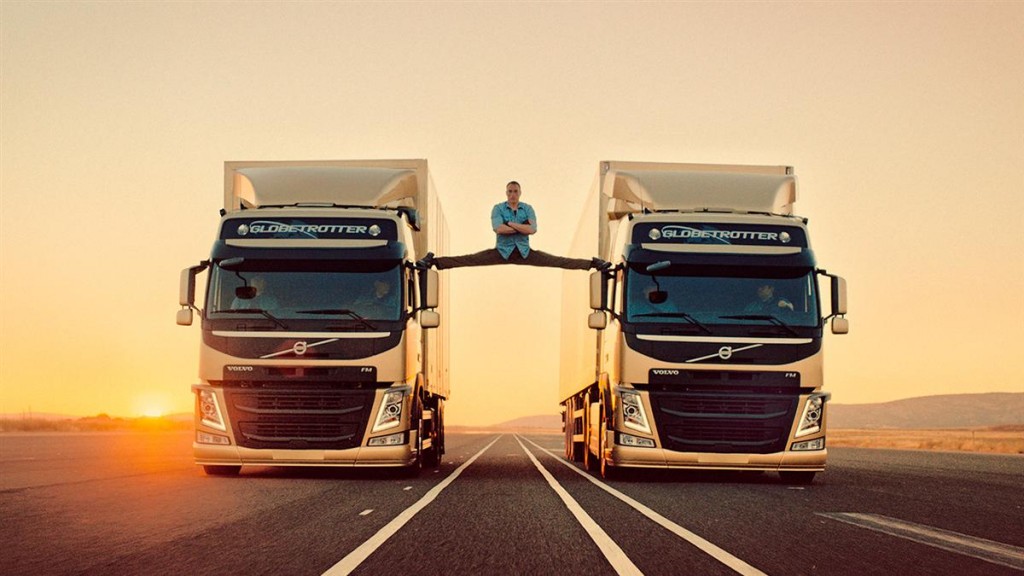 With over 73 million views on Volvo Truck’s YouTube Channel, the Volvo Truck Epic split HAS TO BE one of the most viral videos to hit the web world. No wonder when it came to the Cannes Lions International Festival of Creativity- it managed to grab top honours winning the Grand Prix award in the internet film cateogory. Volvo’s campaign was widely praised not only for packing a “huge emotional punch” but at the same time delivering a strong product message.

Featuring one of Hollywood’s most admired action star of yesteryear Jean-Claude Van Damme, the test was set up to demonstrate the precision and directional stability of Volvo Dynamic Steering. The test was filmed in Spain on a closed-off landing field at sunrise and it was all done in ONE TAKE!

And that wasn’t all, Volvo Trucks’ live test campaign demonstrating innovations of the new truck range alongwith the ‘Epic Split’ was honoured with 20 awards. It included eight gold prizes and two prestigious Grand Prix in the Cyber and Film categories out of 37,000 competition entries received from around the world.

Overwhelmed at the event, Per Nilsson, Director Public Relations at Volvo Trucks said “It is of course especially satisfying that our Live Test campaign is praised in such a global arena and in direct competition with the largest consumer companies in the world. It shows the exceptional nature of the campaign, that films about trucks – only distributed online – receive this type of recognition. We have shown that we can produce world-class communication about business-to-business products”.

The “Live Test” films were produced by Swedish agency Forsman & Bodenforsm which Volvo had appointed in 2010 just ahead of the launch of its new European truck range in 2012.

Though there are slim chances that you would have missed the video, but just in case if you might have- here it is.