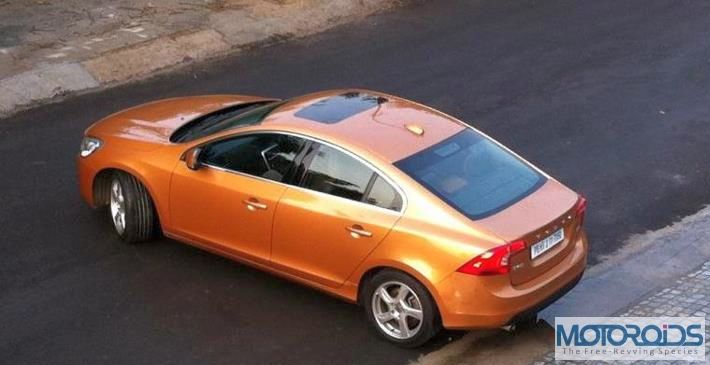 Volvo Auto India is the official car partner for Aircel Chennai Open 2013 which will be held from 31st December 2012 to 6th January 2013. This is the 5th consecutive year for Volvo India to be associated with India’s only ATP World Tour Event.

Volvo S60 which will be showcased during all matches of the Aircel Chennai Open 2013.

Mr. Tomas Ernberg, Managing Director, Volvo Auto India, commented on the association, “It’s a pleasure to associate our brand with India’s only and South Asia’s premier ATP World Tour- Aircel Chennai Open 2013 for the 5th straight year. Volvo has been closely associated with tennis through ATP Volvo International for many years and this partnership with the 18th edition of Aircel Chennai Open will further strengthen Volvo’s association with the sport.”

Mr. Ashu Jindal, COO, IMG Reliance said, “We are delighted to have Volvo Auto India associate their premium luxury sports car, the Volvo S60 as the official car for Aircel Chennai Open 2013. Volvo has a rich history of being associated with sports across the globe. The brands commitment to the tournament has been incredible and we definitely look forward to their continuous support in the future.”

The 18th edition of Aircel Chennai Open will feature many popular tennis players including the Top 20 players- Tomas Berdych, Janko Tipsarevic, Marin Cilic and crowd’s favourite Stanislas Wawrinka. Both Indian and International participants will compete for the title.