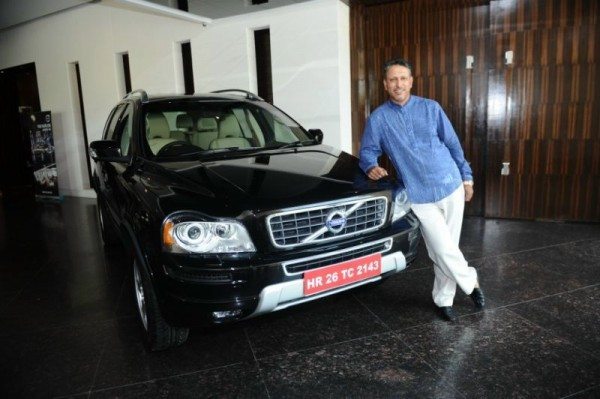 Swedish carmaker Volvo Auto India has announced Jeev Milkha Singh as its Brand Ambassador today in New Delhi. India’s torchbearer in Golf and Padma Shri awarded Jeev will endorse Volvo Cars as it enters a new phase of its growth in India.

Jeev became the first player from India to join the European Tour in 1998. He is the only Indian to win 2 Volvo Golf Tournaments internationally and is the most acclaimed Indian golfer in the world. He was also the first to break into the top 100 in October 2006 with a career best position of 28th in the World ranking. He was honoured with the Asia Pacific Lifetime Achievement Award at the 13th edition of the Asian Golf Monthly Awards – Widely regarded as the region’s premier annual poll of golf.

Tomas Ernberg, Managing Director, Volvo Auto India said, “The association came in very naturally to both of us and we came in to the synergy. Both Volvo Cars and Jeev Milkha Singh represent perfection and continual growth. As a part of this association Jeev will be driving the Volvo XC90 that will provide him safety, comfort, luxury and ample boot space for his Golf sets.”

“I have a long standing relationship with Volvo, it is not just a luxury car but an emotion. I am excited to be a part of the Volvo Family and today I stand proud to be representing Volvo Cars as its Brand ambassador. I redeemed my career by winning the Volvo Masters in 2006 making my country proud by being the first Indian to win in Europe and since then have not looked back” said Jeev Milkha Singh about endorsing Volvo Cars in India.