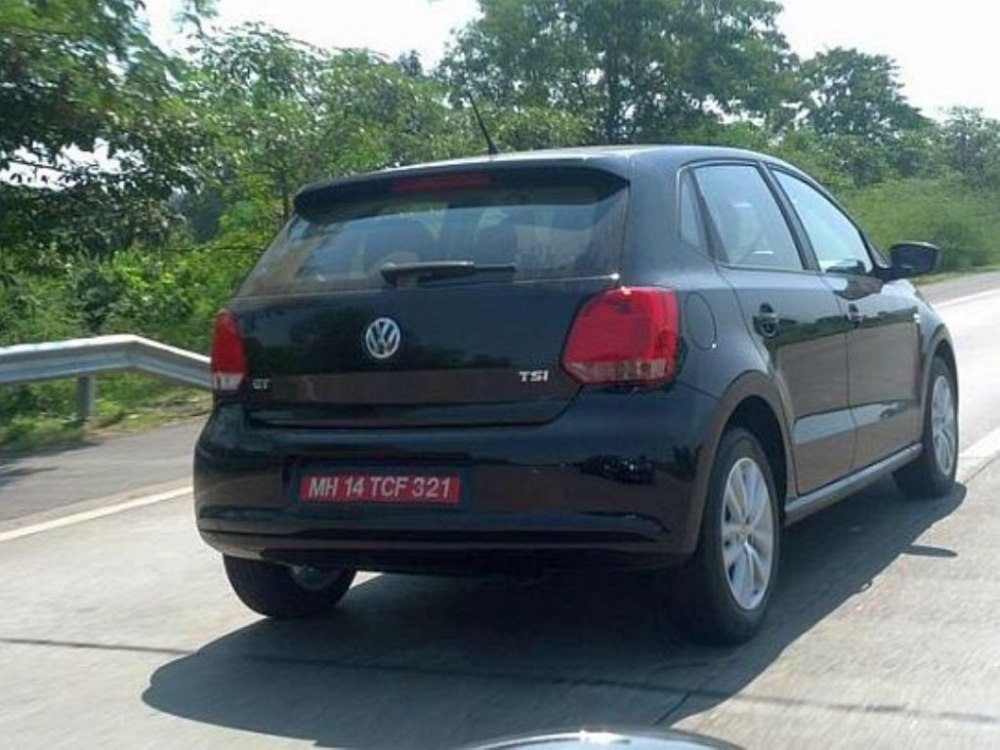 Recently, we and many Indian driving enthusiasts mourned the death of the Volkswagen Polo 1.6 Petrol. The Polo 1.6 offered a peak power output of 105 BHP and had almost all the ingredients of a hot hatch. However, thanks to sky rocketing petrol prices and a dull performance car scene in India, the Polo 1.6 could never garner the sales figures that VW India might had hoped for.

However, it has emerged that the German car maker hasn’t given up on trying injecting some excitement in our small car market. Recently, the nice folks at Overdrive caught a Volkwsagen Polo 1.2 TSI being tested on the Mumbai-Pune expressway. The car spotted was sporting a GT badge and a rear roof spoiler.

Our sources say that the car could make it to our ever growing car market by the end of next year. A 2014 Indian Auto Expo launch is also probable.

The Polo 1.2 TSI is powered by a direct injection, turbocharged motor and offers a healthy output of 104 BHP-175 Nm to play with.  The Polo 1.2 TSI has a claimed 0 – 100 km/hr acceleration figure of 9.7 seconds and a claimed fuel efficiency figure of 18.9 km/l. Apart from being a great performer, the upcoming car is also entitled to excise duty benefits from the Govt.

The Volkswagen Polo 1.2 TSI looks exactly what the Doctor had ordered. What say?