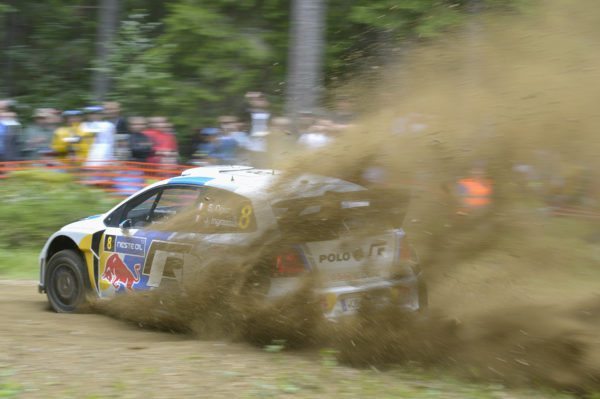 The Rally Finland opened with a thrilling three-way battle. At the end of day one of “Formula One in the Forest”, Sébastien Ogier/Julien Ingrassia (F/F) find themselves second overall, just 5.2 seconds off the lead. The front-runners in the FIA World Rally Championship (WRC) are lurking well within striking distance of leader Thierry Neuville (Ford) – and 3.7 seconds ahead of Mads Østberg (Ford). Andreas Mikkelsen/Mikko Markkula (N/FIN), also at the wheel of a Polo R WRC, ended leg one in Finland in eighth place overall – just over 20 seconds behind the leader. Up to this point, there has been little to choose between the front-runners at the full-throttle bonanza through the Finnish forests: the first six special stages featured just 45.51 kilometres against the clock – a real sprint rally. On Friday the drivers will tackle 148.50 kilometres of special stage, followed by a further 130.20 kilometres against the clock on Saturday before the winner is crowned at the end of the 23 special stages on Saturday evening.

The opening day of the Rally Finland ended earlier than hoped for Jari-Matti Latvala/Mikka Anttila (FIN/FIN). Four podiums – including a win in Greece – had seen Jari-Matti Latvala establish himself as the most consistent driver in the World Rally Championship of late, and climb to second place in the Drivers’ Championship. In Finland, however, the pair was unfortunate to hit a rock the size of a handball at the side of the road, damaging the rear-left suspension in the process. Latvala/Anttila proceeded to struggle on through a further two stages despite the damage sustained before they eventually had to call it a day. The Volkswagen team will work through the night to repair the number 7 Polo R WRC, in order to allow the Finnish pair to rejoin the action under Rally 2 regulations on Friday. 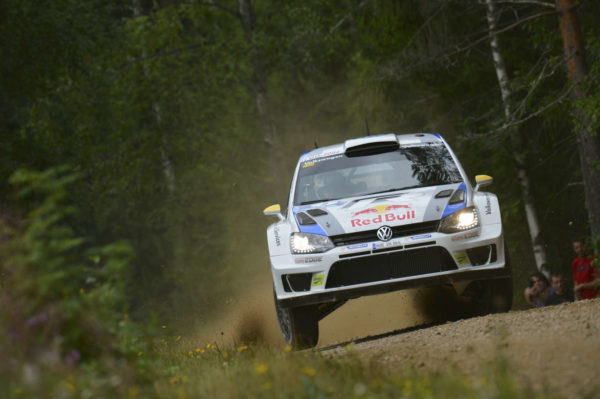 Jari-Matti Latvala, Volkswagen Polo R WRC #7, said,“I had a really good feeling after the first special stage. Unfortunately I probably attacked a little too hard on the second stage. The car lifted more than I thought it would after a quick right-hander and a small crest. That carried me a little too wide and I hit a rock at the side of the route. That damaged the suspension immediately. After that we tried again and again to repair the Polo – among other things, we used an alternator belt. Unfortunately it did not hold up until the end of the day. I would like to apologise to the team for my mistake. I will do everything possible tomorrow and the day after to salvage as many points as possible for the Manufacturers’ Championship.”

Sébastien Ogier, Volkswagen Polo R WRC #8, said,“I am really happy to get that day behind us. Spending almost ten hours in a car just for about 45 kilometres of special stage was, to be honest, a bit boring. Furthermore, this meant it was not so easy to get into a good rhythm. I sometimes wished I had a speedometer in the Polo R WRC on the liaison stages, as you could usually only drive 60 km/h. That aside, the day went ok for us. I did not drive perfectly, but we are not that far behind the leader. I held back a bit, as the afternoon rain had made some points extremely slippery. The Super Special Stage at the end was not particularly easy either. The rally does not really get going until tomorrow, when I will try find a better rhythm and improve from the word go.”

Andreas Mikkelsen, Volkswagen Polo R WRC #9, said,“The rally started really well for us. The times were damned close. We had a good rhythm from the outset, did not take too many risks and were still close to the top times. I am happy with what we did, and we know where we can still improve. Only on the fourth special stage did we lose a bit too much time, when I had to back up briefly after a braking mistake. Despite that, I would give the opening day of the Rally Finland a thumbs up. We are looking forward to the next two days.”

Jost Capito, Volkswagen Motorsport Director said, “The first day of the Rally Finland showed emphatically just how evenly balanced the World Rally Championship is. Citroën, M-Sport-Ford and Volkswagen are on a par with each other. Details have decided who wins the stages and leads the overall standings. Speaking as a fan, what more could you ask for? However, the opening day, with its short special stages, was also one with little to gain and a lot to lose – in stark contrast to the next two days. As such, Jari-Matti Latvala’s suspension damage is a frustrating mistake, which should not have happened. However, we will work overnight to ensure his Polo R WRC is perfectly prepared again, so that he can still battle for points towards the Manufacturers’ Championship. Sébastien Ogier did everything right today and is within striking distance of the leader. Andreas Mikkelsen is also in a promising position – a lot is still possible for him too. All in all, we at Volkswagen are happy with the start we have made to the Rally Finland.”