Volkswagen has unveiled the Tiguan GTE Active Concept ahead of a world premiere at the North American International Auto Show (NAIAS) in Detroit. 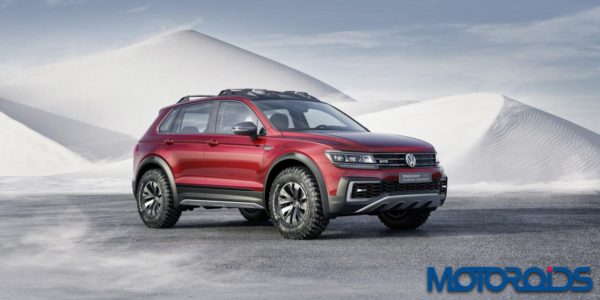 The five-seat concept car is based on the completely re-developed second generation of the Tiguan. The Tiguan GTE Active Concept features a redeveloped 9.2-inch touchscreen infotainment system with gesture control and a high-end glass surface. It will arrive on the USA market starting in spring 2017 in a version with an even longer wheelbase and seven seats. 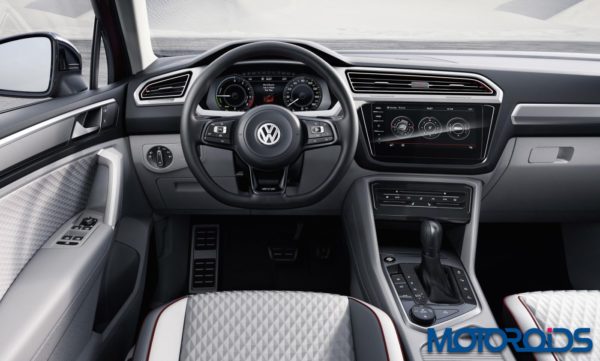 The Tiguan is the first SUV to be based on the modular transverse matrix (MQB). Also, the concept is equipped with safety systems such as Front Assist including City Emergency Braking and pedestrian monitoring, an active bonnet, Lane Assist and the automatic post-collision braking system.  Also on-board: an Active Info Display (fully digital instruments) and a head-up display. 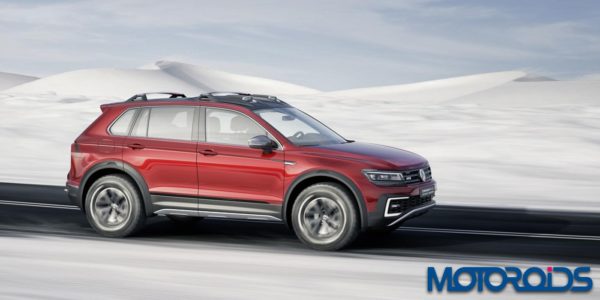 The Tiguan GTE Active Concept is equipped with a turbocharged gasoline direct-injection engine (TSI, 110 kW / 250 Nm) and two electric motors (front 40 kW / 220 Nm, rear 85 kW / 270 Nm). The transmission used in the Tiguan GTE Active Concept is a 6-speed dual-clutch transmission (DSG) that was specially designed for hybrid use; the electric motor at the front is integrated into the transmission case. Other components of the 4MOTION plug-in hybrid drive, besides the motors and engine, include the lithium-ion high-voltage battery (energy capacity: 12.4 kWh) that can be charged either externally or via the TSI, power electronics for the front motor and a second power electronics module integrated in the electric motor at the rear (it converts the direct current from the battery into alternating current for the electric motors) and a charger.

The Tiguan GTE Active is programmed to start in electric mode when there is sufficient energy stored within its battery, with drive initially provided by the rear-mounted electric motor to the rear wheels. The front mounted electric motor is engaged when the driver calls up greater performance with a nudge of the throttle or when sensors detect a lack of traction, introducing front-wheel drive to the drive process and endowing the new Volkswagen with four-wheel drive capability. 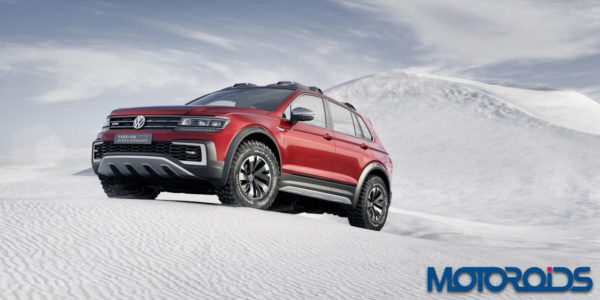 The Tiguan GTE  Active features a total of six different driving modes, each accessed via a rotary controller on the centre console. On-board are On-road, Off-road, Sport, Snow, Charge and Battery Hold – the latter used to maintain a constant battery charge in situations where the driver plans to switch into all-electric mode later in the journey.