Home News Volkswagen reveals CrossPolo, fusion of a car and an SUV. 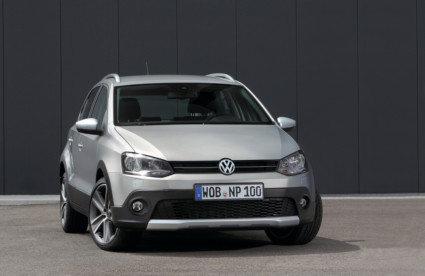 Volkswagen has revealed the details of CrossPolo-a softroader based on the current gen Polo platform. It gets a total of six engine options, and an optional 7-speed DSG too. The CrossPolo looks good and its muscular stance, thanks to the flared wheel arches, roof rails and a pair of good looking alloys is good enough to differentiate it from the hatch. It has a little more ground clearance than its hatchback sibling. A question lingers in my mind-Could this be the third car based on the Polo platform coming to India, after Vento?

Do you remember the time when Fiat had launched Palio Weekend and Adventure? That period wasnt something that could be termed as Fiat India’s golden period. The sales figures were bad and customer satisfaction was even worse. And launching such a product for a market not mature enough then was nothing but a wrong decision. There didnt exist any need for a car, er, estate like that. Then the same happened with Baleno Altura and Opel Corsa Swing and even the Octavia Combi. And the only estate that did good was the Indigo Marina. By ‘good’ here, I mean relatively good.

So if Volkswagen plans to launch one here, the stakes will indeed be high. There are chances the model flops the way Fiat’s did. Or has the Indian market matured enough to accept a product like this?

If it has, then there are chances that CrossPolo does well, goes head to head with the to-be launched smaller variant of Xylo, the 5-seater Xylo, the Uno( if Fiat plans to bring it), Premier Rio and the SX4 hatch(that is if Maruti brings it).

A new segment will be born. A car that can be used as your normal car, can take the shortcut through the forest and carry all the money you robbed from the bank. It surely will prove to be a cool car then, won’t it?