Home News Volkswagen Motorsports ahead of the Rally Italy 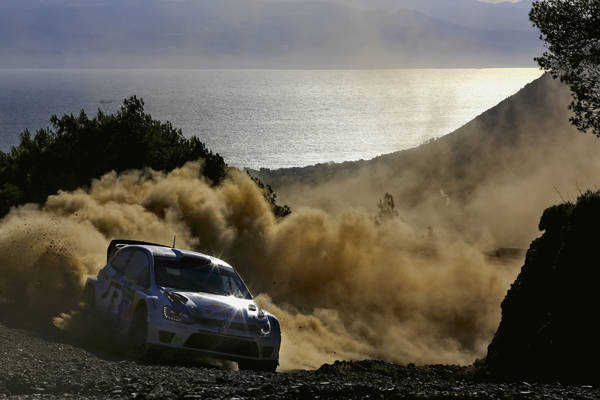 Full throttle into the second half of the season: when Volkswagen takes on the Rally Italy in Sardinia from 20th to 22nd June, it will be facing the most compact round of the 2013 FIA World Rally Championship. The three Volkswagen teams of Jari-Matti Latvala/Miikka Anttila (FIN/FIN), Sébastien Ogier/Julien Ingrassia (F/F) and Andreas Mikkelsen/Mikko Markkula (N/FIN) will line up in the Polo R WRC at the seventh race of the season.

Each of the works pairs has been preparing for the Rally Italy with a number of tests on Sardinia’s gravel roads in the 315-hp four wheel-drive car from Wolfsburg. The goal for the Volkswagen drivers is crystal clear: Jari-Matti Latvala, who recently claimed his first win for Volkswagen in Greece, championship leader Sébastien Ogier, who already has four victories under his belt this season, and Andreas Mikkelsen, who won three of the 14 special stages to finish fourth overall at the latest round of the WRC, have their sights set firmly on victory.

“The Rally Greece showed once and for all that we not only have two drivers capable of winning, in Jari-Matti Latvala and Sébastien Ogier, but also have a future winner in our ranks, in the form of Andreas Mikkelsen. All three have produced outstanding performances recently. We want to take this momentum into Sardinia,” said Volkswagen Motorsport Director Jost Capito. “Volkswagen is leading every classification in the overall WRC standings, and two of our drivers currently occupy the top two places in the Drivers’ Championship. That is enough motivation for our drivers, engineers and mechanics to do their very best again in Sardinia. We are looking forward to competing on a par with our opponents again, and to some exciting battles for wins, positions and points.”

Compact but demanding: rallying at its best in the space of just two days

The Rally Italy in Sardinia made its first appearance in the World Rally Championship nine years ago. Since then, towns like Alà dei Sardi, Buddosò, Pattada and the region around Sassari have established themselves as true WRC icons. In 2013, the drivers and teams will face a particularly compact schedule: the special stages will be held on just two days – Friday and Saturday. Each day will feature four special stages, all of which will be run twice. How to sum up the character of the Rally Italy, which takes place between the Costa Smeralda (Emerald Coast) and the island’s harsh interior? High-speed passages, winding sections, spectacular water crossings and a number of formidable jumps. One of the best-known spectator points on the Rally Italy is “Micky’s Jump” on the “Monte Lerno” special stage. About eight kilometres into the stage, the World Rally Cars arrive at this well-known point, at which they are faced with a sudden dip during a quick left-hander. The special stage ends with a difficult descent, during which the brakes are put to the test. Another highlight of the Rally Italy is the most southerly special stage, on which the landscape is as spectacular as the driving. Cork trees line the ever-changing gravel roads on the “Coiluna–Loelle” special stage, which features a bit of everything the Mediterranean island has to offer rally drivers – from narrow, winding streets to wide, flowing roads. This special stage also boasts a breath-taking jump. New to the itinerary is a night stage in Gallura on Friday evening, which promises to provide thrilling rally action in the dark.

Strategy with the overall standings in mind: sights set on victory, but not at all costs

As the season reaches its halfway point – six rounds of the WRC down, a further six to go after Italy – the three Volkswagen crews line up with clear goals. “We should be able to challenge for victory again, but not at all costs. It is vital to come away with as many points as possible, and to tighten our grip on the top spots in the overall standings,” says Jost Capito. The rally in Sardinia may not be as extreme as the last round in Greece, but the tricky gravel roads must be attacked with due care in order to avoid putting too much strain on the car and tyres. “Here too, the key is to find the right balance between the desire to attack and a cautious pace to suit the situation in hand. Our three teams have achieved this very well so far,” added Capito.

The big stage in 2011 is now the big stage in 2013: the international public caught its first glimpse of the Volkswagen Polo R WRC in Sardinia. The first concept model of the World Rally Car “made in Wolfsburg” was presented on the Costa Smeralda in May 2011. Two years later, the Volkswagen Polo R WRC is back at the same location as one of the hot favourites for stage wins and overall victory. The Polo R WRC now has 104 special stages under its belt in the FIA World Rally Championship (WRC), of which it has won an impressive 56, with the Volkswagen crews also claiming four overall victories and a further four podiums.