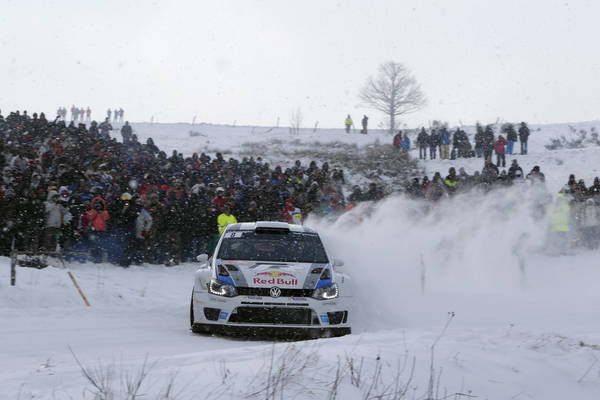 Volkswagen’s mission to defend its titles in the FIA World Rally Championship (WRC) opens with a genuine motorsport classic at the Rally Monte Carlo, as the “Monte” is the oldest rally in the world. From 14 to 19 January, the French pairing of Sébastien Ogier and Julien Ingrassia will line up for the first time as defending World Champions in both the Driver and Co-Driver competitions.

Together with team-mates Jari-Matti Latvala/Miikka Anttila (FIN/FIN), they are the team to beat in the Manufacturers’ Championship, in which they can also count on able assistance from Andreas Mikkelsen/Mikko Markkula (N/FIN). The first of the 13 rallies on the 2014 calendar is immediately one of the hardest nuts to crack in the WRC. Virtually unpredictable conditions and 15 testing special stages on asphalt, ice and snow in the French Maritime Alps, not to mention night stages and temperatures well below freezing – the Rally Monte Carlo is one of the greatest challenges in motorsport.

“We line up at the Rally Monte Carlo with start number 1 on one of our Polo R WRCs for the first time,” said Volkswagen Motorsport Director Jost Capito. “This honour is reserved for the World Champion, and is something we are very proud of. However, this does not mean that we will be arrogant or complacent this season – particularly not at the iconic ‘Monte’. We will approach it with the greatest respect, maximum concentration, and absolute commitment. It is easier to win a World Championship title than it is to defend it. And that is our goal. The 2014 ‘Monte’ will give us the first indication of where we stand compared to the new-look opposition. We are looking forward to it.”

Quotes ahead of the Rally Monte Carlo

Sébastien Ogier, Volkswagen Polo R WRC #1
“Our main goal is obviously to defend the title. It is never easy to win a title, but successfully defending it is even more difficult. I am certain that the other teams will put us under pressure. However, I am confident about the new season on the back of such a successful 2013. We have made small improvements to the Polo R WRC. For example, it is now even more reliable. A new manufacturer is joining the series in 2014, in the form of Hyundai, and this will make the competition even fiercer. That is what I am really looking forward to in Monte Carlo. I am also pleased that the ‘Monte’ will start from my home town of Gap this year. That is an extra incentive for me to be the fastest come the end of the rally.”

Jari-Matti Latvala, Volkswagen Polo R WRC #2
“For me, the start of the new season is a completely different situation to one year ago. Back then, both the team and the car were new to us. We are now familiar with everything. However, the first rally of the season in Monte Carlo is always a challenge. I will try to finish in the top five at the ‘Monte’. The Rally Monte Carlo is an extremely unusual rally. Tyres will play a major role, as the Service Park is not located in the mountains. As such, you have to speculate on what the weather will be like up there. The ‘Monte’ features 30-kilometre special stages, on which you are driving on dry asphalt for 20 kilometres and ice for the remaining ten. 20 kilometres of asphalt on spikes is just as awkward as 10 kilometres of ice on slicks. Choosing the right tyre is the biggest challenge. Do you opt for snow tyres with spikes, snow tyres without spikes, super-soft slicks or soft slicks? You have to find the perfect compromise between these four options.”

Andreas Mikkelsen, Volkswagen Polo R WRC #9
“The main goal is to claim the odd podium finish in 2014. This is only my second ‘Monte’. I lined up there in 2011 and crashed out on the first special stage. This means the ‘Monte’ is a completely new experience for me. As such, I will not put all my eggs in one basket, but will take a rather cautious approach. My goal is to complete the rally and finish in the points. I did not race at the ‘Monte’ last year, so my expectations there are not as high as the rallies I drove in 2013. I would be happy to get through the Rally Monte Carlo without any mistakes this year.”