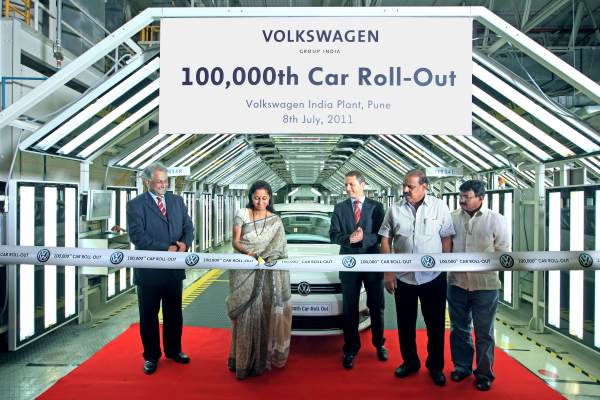 The Pune plant, with a capacity of 130,000 cars, is one of the most modern in the Volkswagen Group which globally has 62 plants. It covers all stages in the production process from press shop through body shop and paint shop to final assembly. The plant was built in a record time of 17 months, with an investment commitment of INR 3,800 Crores (580 million Euros) by Volkswagen India Private Limited. It is the largest investment to date by a German company in India.