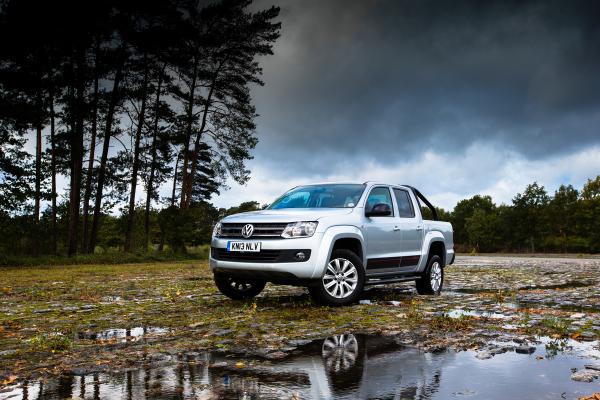 It is almost the end of the year and various auto publications around the globe are busy conducting their ‘Car of the Year’ and ‘Bike of the Year’ awards. Quite similarly, 4×4 Magazine, which has almost always been appreciated by the proverbial off-roaders and the SUV users, holds its annual ‘Pick-Up of the Year’ award.

This year’s 4×4 Magazine ‘Pick up of the Year’ award has been bagged by the new Volkswagen Amarok. Amarok’s achievement doesn’t come across as a surprise, especially if you consider that the VW Pick-Up has already won plenty of accolades from auto hacks around the world.

For its annual award, 4×4 magazine subjected seven pick-ups to intensive testing and judged every vehicle on its off-road ability, performance on the road and value for money. The pick-ups were also tested as a working vehicle including comparing towing capacity and engine capability, resulting with Amarok as the overall winner.

According to 4×4 Magazine, Amarok was scored highly due to its 4-wheel-drive 4MOTION technology, which features Electronic Stabilisation Programme, Electronic Differential Lock, on and off road Anti-lock Braking System and Anti-Slip Regulation.

The Amarok is powered by a 2.0-litre 178bhp BiTDI turbo diesel engine that comes mated to an eight-speed automatic gearbox.

Nigel Fryatt, Editor, 4×4 Magazine commented: “The range of pick-ups available in the UK market is extensive. All the vehicles we tested were very similar in terms of being diesel-powered, double cab vehicles, with standard load beds. However, when it came to the Volkswagen Amarok it was obvious that it was a clear winner. The Amarok has the best engine of the group, both in terms of on-road response, and off-road ability. When coupled to the excellent eight speed automatic gearbox there could only be one winner.“

Amarok is produced at Volkswagen Commercial Vehicles’ factory in Hanover, Germany. Prices for this pick-up start from £20,720.