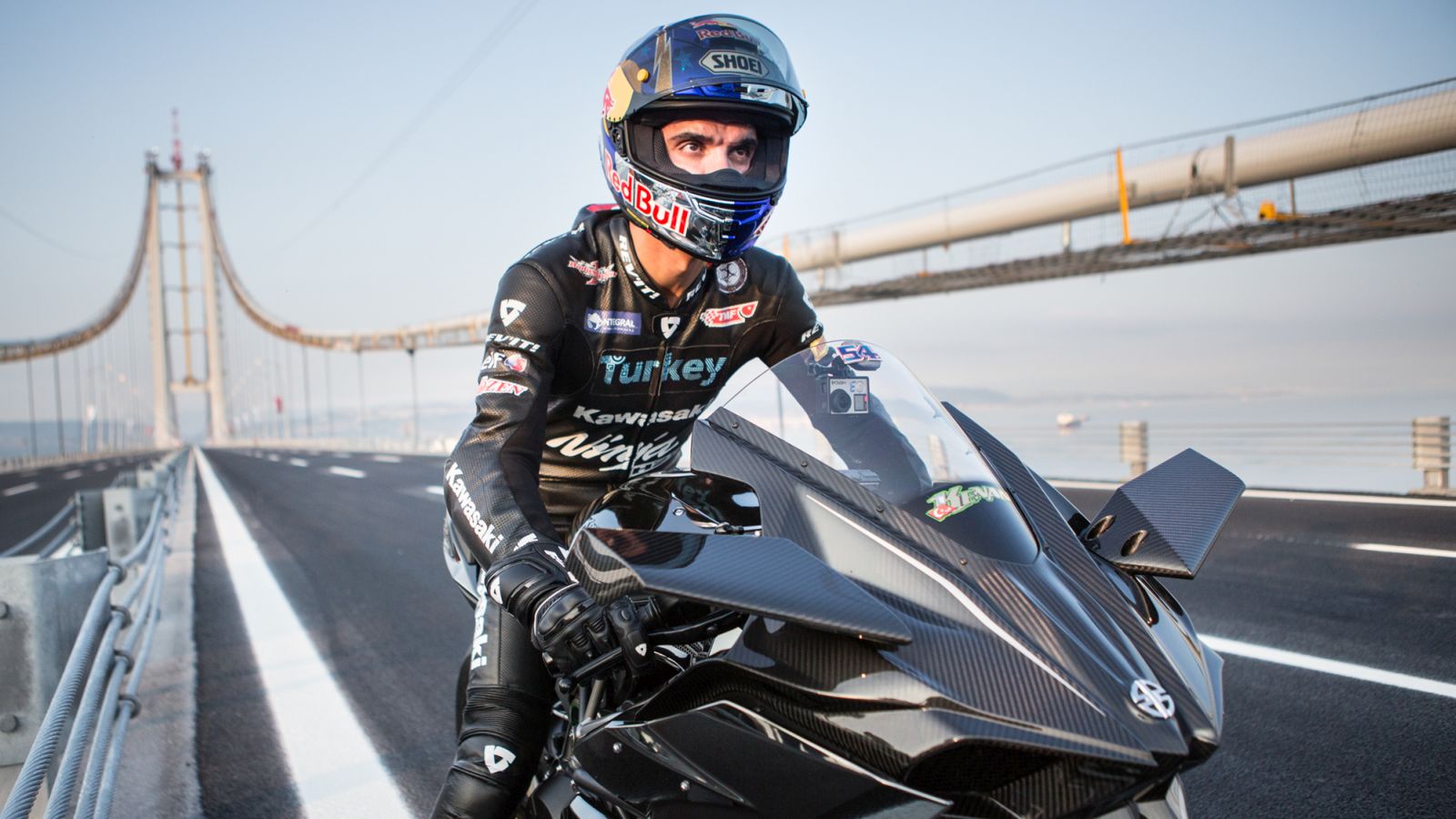 The colossal power of the 300 hp Kawasaki Ninja H2R was put to test when reigning World Supersport champion Kenan Sofuoglu successfully attempted a new speed record on the supercharged motorcycle. The Turkish rider has set a new benchmark by clocking an eyeball flattening 400 kmph (speedometer indicated) on the Kawasaki Ninja H2R. Sofuoglu successfully attempted the record run at the a new bridge across the Gulf of Izmit. The speed run was scheduled and executed at 5 AM after a thorough research pointed that the record attempt had the most chance of success in an early morning attempt. 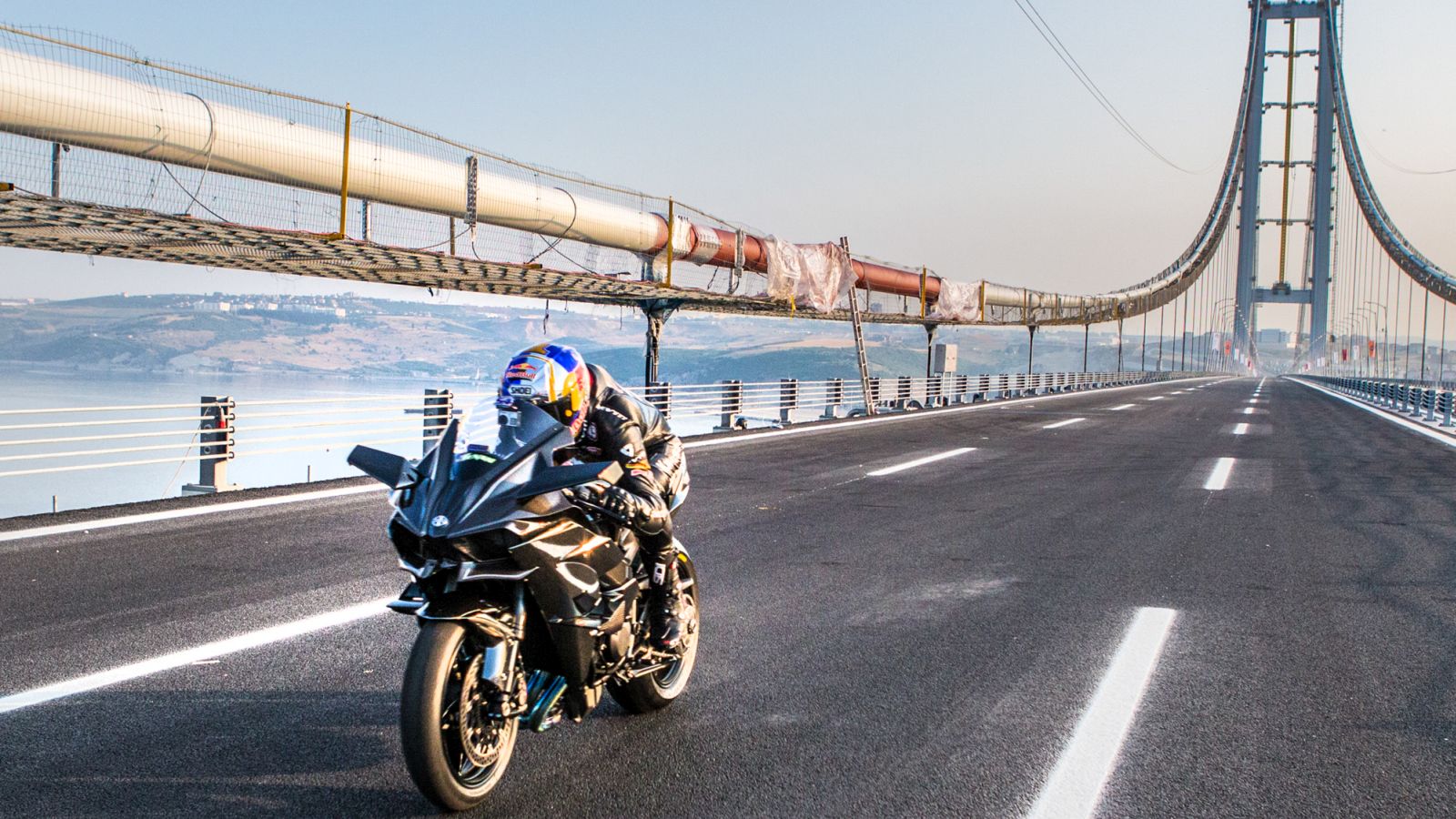 Speaking about his record run, Sofuoglu said, “I reached 400 km/h, the maximum speed that this motorcycle could have, after a 4 long months of training. I do not remember where I got this idea of the record from first, but when I signed the agreement on 2016 with Kawasaki, I liked and wanted so much this special edition bike. When I asked for the motorcycle, Kawasaki said its maximum speed was 380 km/h and that their dream was to reach 400km/h. The first time I rode it, I felt its huge power and speed, and I made small changes to the motorcycle – keeping its original settings – and did not modify it. I reached 390 km/h in my last trials and today I beat this and reached 400 km/h.”

Check out his record run in the video below:

With inputs from WSBK