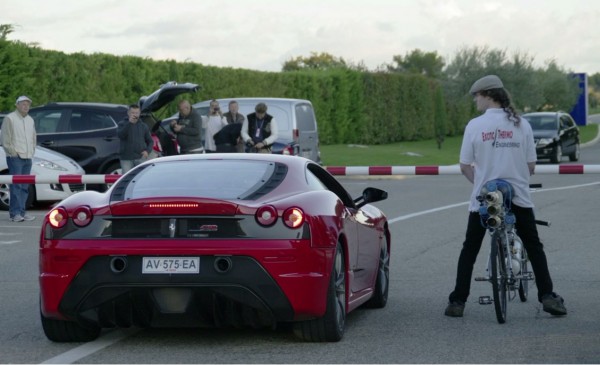 The cartoon anthology programme from the Looney Tunes and Merrie Melodies called the Roadrunner Show displayed various tricks used by Wile E. Coyote trying to hunt down a roadrunner bird. Many times, he would try to propel himself using a rocket but would end up hurting himself. Who would have thought back then that it would be possible to boost oneself to incredible speeds by using a rocket propelled bicycle. 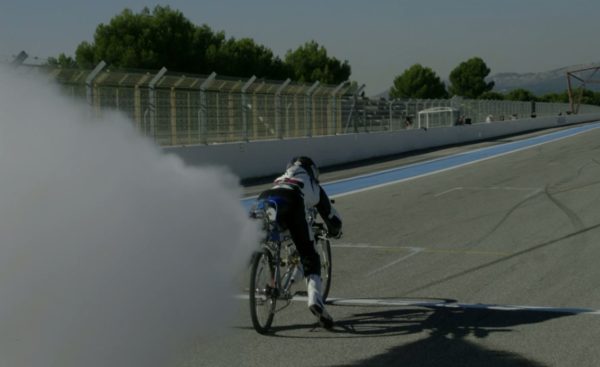 Well, François Gissy made it happen. On November 7th of 2014, François Gissy reached an incredible speed of 333 kph on the rocket propelled bicycle. The rocket propelled bicycle was designed by his friend Arnold Neracher. This record run took place on Circuit Paul Ricard located at Le Castellet in South of France. François Gissy covered a distance of a quarter mile in less than 7 seconds! Gissy gained 207-mph mark in 4.8 seconds, after the 250-meter mark of the run.  He also competed with a 503 hp Ferrari 430 Scuderia in a drag race and won by a huge margin against this stable of horses.

Here is the video of his crazy, record breaking run and a drag race with a Ferrari 430 Scuderia.

What do you think of François Gissy’s record run? Share your thoughts and opinions with us through comments below. Stay tuned to Motoroids for more updates from motoring industry.