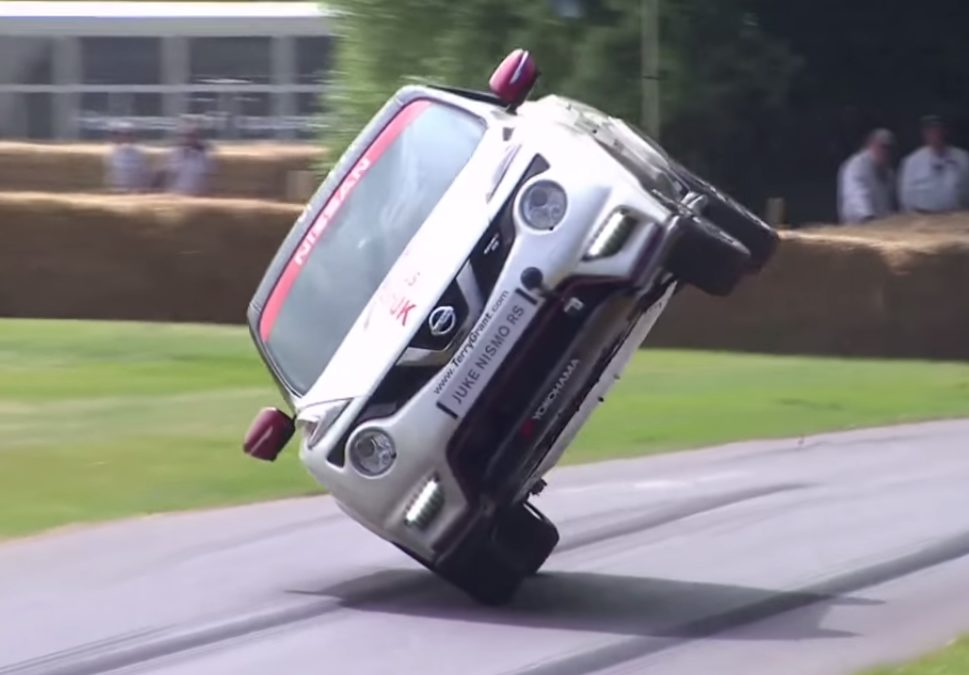 That’s precisely what stunt driver Terry Grant did with a Nissan Juke RS at the ongoing Goodwood Festival of Speed. Terry drove on the famous hill-climb on two wheels in the aforementioned time, clinching a Guinness world record for the fastest time on two wheels over one mile, thereby breaking his previous record by 45 seconds.

Watch the video below, as he keeps making minute corrections to the steering wheel to keep the Juke in this bizarre position. Specially developed Yokohama tires with strengthened walls were put to use, and half a set lasts for just one run.