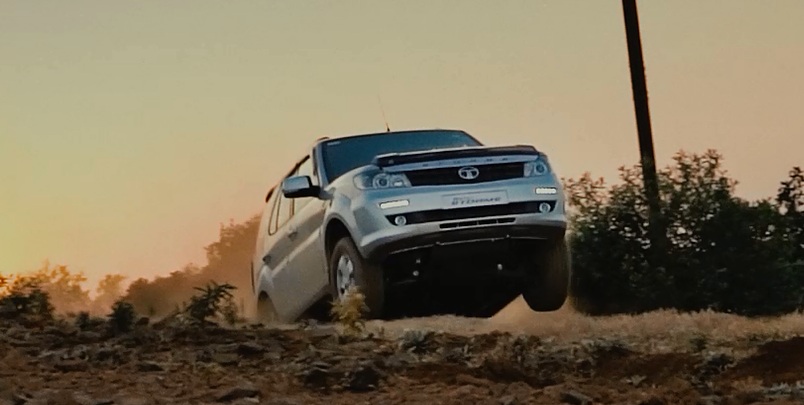 Only yesterday we brought you the detailed report on the official launch announcement of the new Safari Storme VX with VARICOR 400 engine and a host of new changes and features. In a day’s time Tata Motors have released a long-ish video of the refreshed SUV in motion, detailing all the changes and highlighting its capabilities. The new Safari Storme has been launched at Rs 13,25,530 for the 4X2 option, with the VX 4X4 option priced at Rs 14,59,952 (ex-showroom New Delhi).

In addition to an improved engine, which now 156 PS of power and 400Nm of torque, the new Safari Storme also gets a 6-speed manual gearbox with a self-adjusting clutch. The old gen infortainment system has been shown the bin and been duly replaced with the next-gen ConnectNext Harman unit along with reverse parking sensors. Changes have been made to the exterior as well, while the interior has also been freshened up.