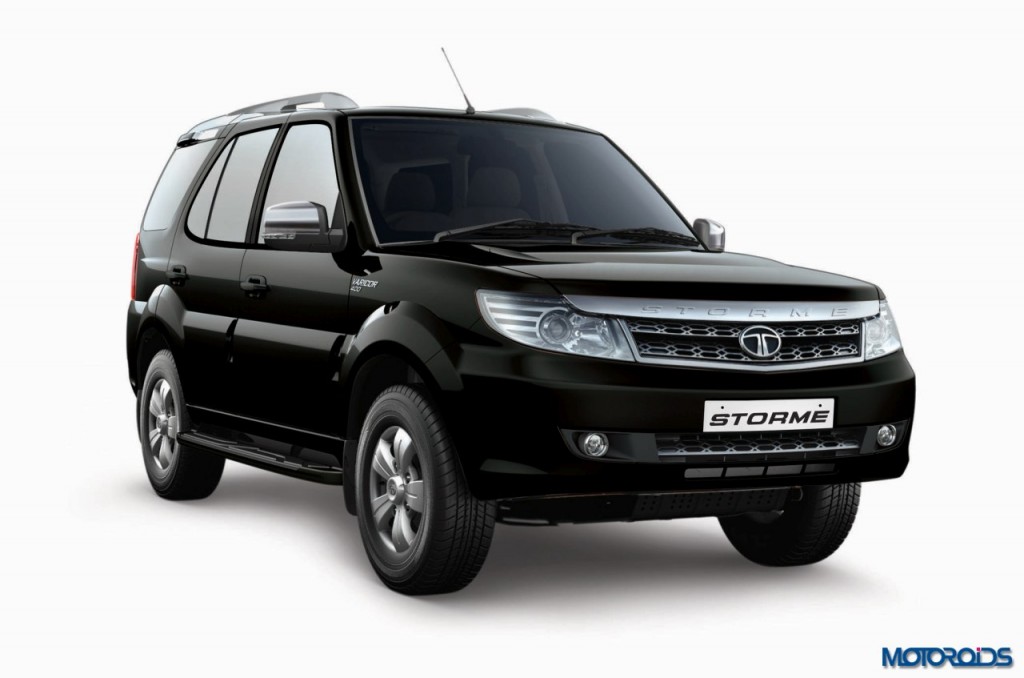 While we have reported about this earlier, the official confirmation from Tata Motors has come only today. The Indian car maker has launched a new variant of the Safari Storme VX powered by a new 2.2L VARICOR 400 engine. The new variant is available in both 4×2 and 4×4 options, and is priced at Rs 13,25,530 for the 4X2 option, with the VX 4X4 option priced at Rs 14,59,952 (ex-showroom New Delhi)

The 2.2 litre VARICOR 400 engine on the new variant gets 156 PS of power and 400Nm of torque. The 6-speed manual gearbox on the new version is also new, with a self-adjusting clutch. Tata Motors claim that the new transmission endows the new Safari with “a perfect balance for power, performance and a car like feel”.

Tata Motors is claiming a 0 – 100 km/hr sprint time of less than 13 seconds for the Safari Storme equipped with the new engine. The carmaker also claims that the NVH levels have been significantly reduced. The fuel efficiency has been rated at an ARAI figure of 13.9 kmpl.

For the 4×4 version, equipped with a shift-on-the fly four-wheel drive system, the vehicle is fitted with Limited Slip Differential (LSD) for optimum traction even on slippery surfaces.

The big news, however, is that the staid infotainment system on this variant gets replaced by a shiny new, integrated, CONNECTNEXT system with 6-speaker surround sound by Harman. The controls for the system are mounted on the new multifunction steering wheel. 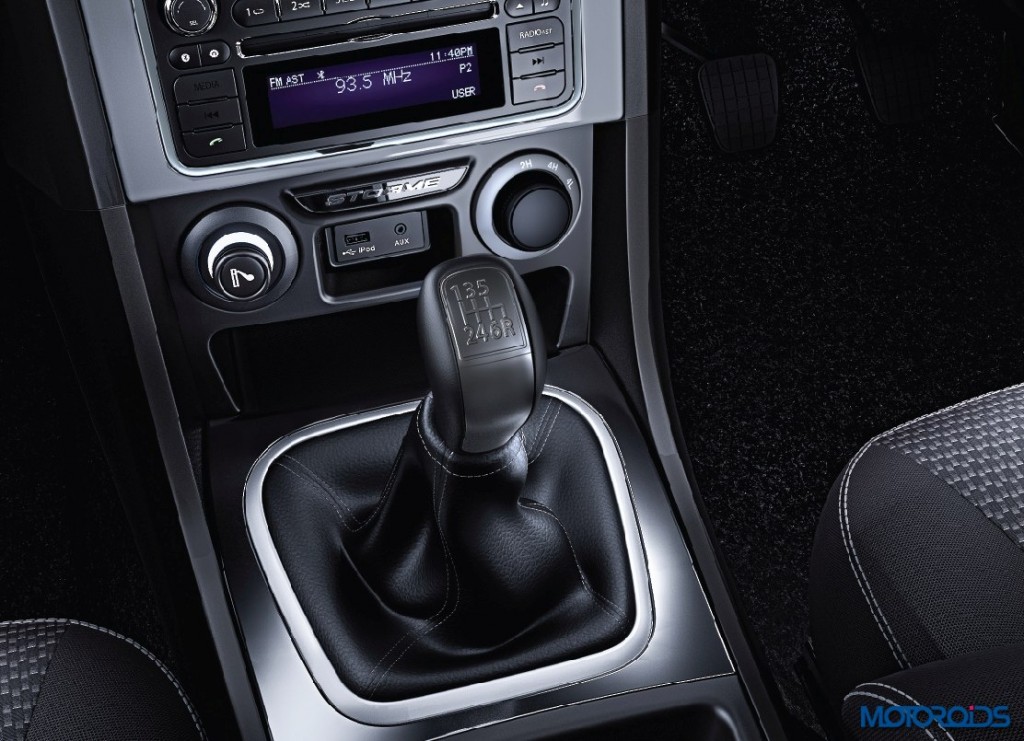 The grille on the new version has been refreshed too with an all-new upper and lower front look grill in Charcoal Grey and Ocean Grey depending on the variant. The grille adopts a new diamond motif to add some more freshness to the fascia. The roof rails of the new Safari Storme also sport subtle changes, adding to the sportiness of the vehicle.

The interiors of the SUV get a Java Black colour theme, highlighted by Warm Silver accents on the dashboard and door handles. The seat fabrics have also been revamped with a fresh pattern on the insert and contrast stitching. 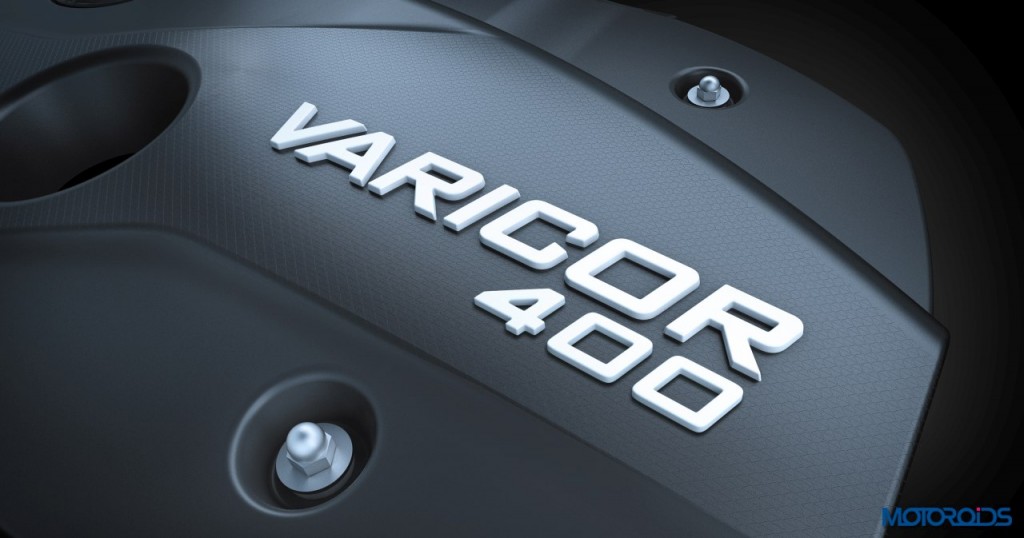 On the safety front, the Safari Storme gets crumple zones, side intrusion beams on all four doors, dual SRS airbags and a collapsible steering column.

In addition, there are features like the inertia switch and an auto engine immobilizer. In an exigency, the inertia switch automatically cuts off the fuel supply to the engine, unlocks all the doors and also switches on the hazard warning lights, warning other road users. The Safari Storme is also fitted with PES headlamps for better illumination and unwanted glare.

Commenting on the launch, Mr. Mayank Pareek, President – Passenger Vehicle Business Unit, Tata Motors, said, “We at Tata Motors are delighted with the launch of a new more powerful variant of the Safari Storme –the Safari Storme VX. With a massive road presence, along with superior on-road and off-road capabilities, the new VX variant of the Safari Storme with Tata Motors new VARICOR 400 engine and a new 6-speed gear box, will further exemplify the excitement and performance quotient of India’s most popular SUV. With features and capabilities of the new Safari Storme based on our HORIZONEXT approach, we are committed to constantly listening to our customers, making the country’s most popular SUV even more popular and a perfect companion on every journey.”

The Safari Storme can be had in four variants VX, EX and LX in five colors – Arctic Silver, Urban Bronze, Pearl White, Astern Black and Arctic White. The big SUV comes with a warranty of 3 years or 100,000 kms, whichever is earlier, extendable upto 4 years or 150,000 kms.

Do the new changes, especially with the inclusion of a new infotainment system make the the Safari Storme a more enticing choice for you? Do share your thoughts with us.