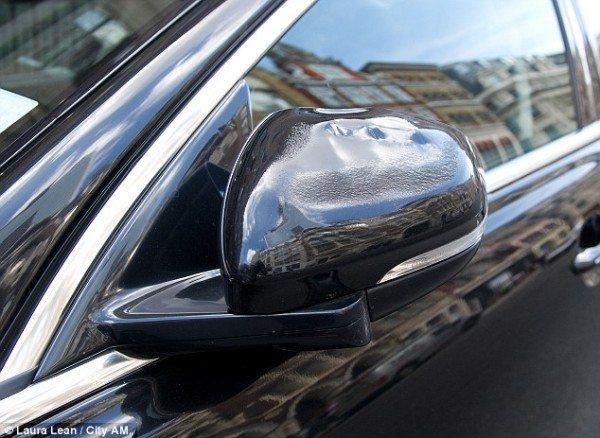 A Jaguar XJ, parked in Eastcheap, inside the City of London showed signs of melting on a Thursday afternoon. A couple of plastic parts on the car, including the D-pillar shroud and the mirror caps buckled, giving way to the intense heat re-reflected by an adjacent glass shrouded skyscraper – the 37-storey building at 20 Fenchurch Street, which has been nicknamed the “Walkie-Talkie” because of its shape, and currently under construction. 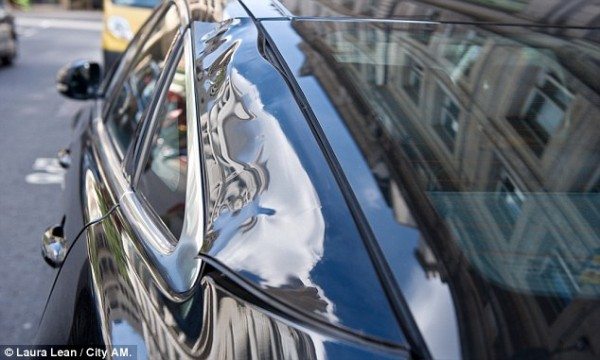 The concave surface of the building reflects sunlight in a highly concentrated manner, all of which descends on the street below, much to the chagrin of residents and shop owners. In fact, the heat is so intense, that  as a precautionary measure, the City of London had to suspend three parking bays in the area which may be affected. Regarding the XJ’s loss, the developers of the building have apologised and agreed to sort out the £946 repair costs. 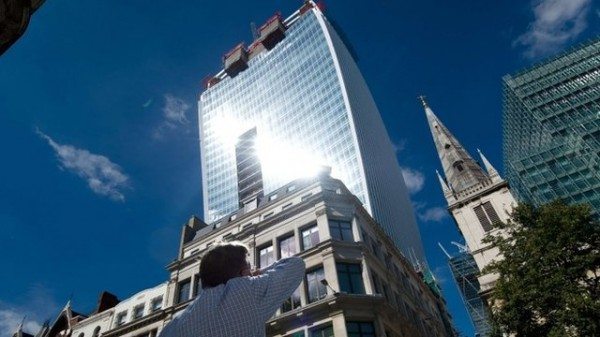 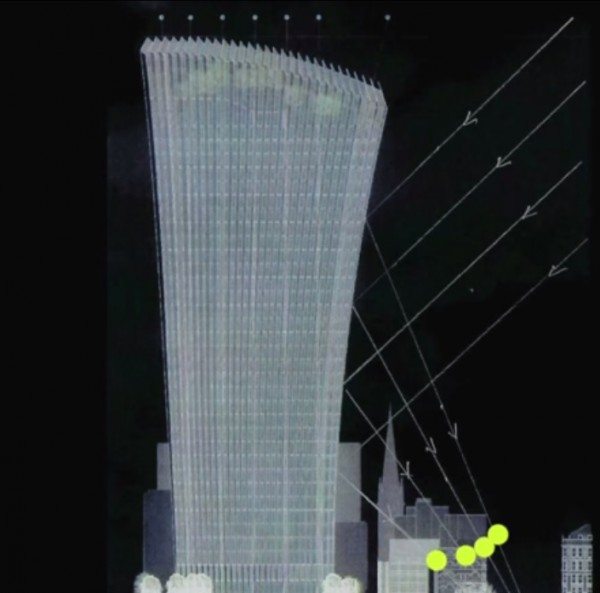 The diagram above shows how the concave surfacing of the building concentrates intense sunlight to a relatively smaller area below, where the ill-fated Jaguar was parked.

Watch this news-clip from Al-Jazeera below for more details on the damage this building has done: