Protectors of the law are many times found on the wrong side of the law but what this Delhi cop did is a shame, not only to the police department, but also to the nation. But what exactly happened? 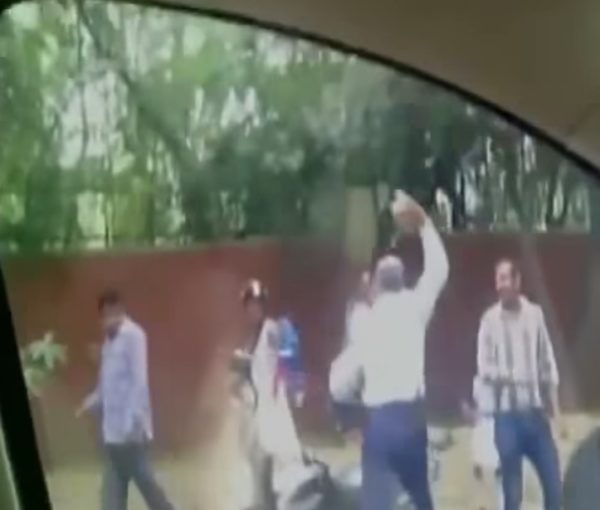 As claimed by the victim, a traffic cop stopped her for violating the traffic rules by running a red light. The cop asked her to pay a penalty of Rs 200 for the violation. The victim further added that when she demanded for a ticket/receipt for the fine, the cop refused to make one and demanded that she should pay him the money and leave without the ticket/receipt indeed making it a case of bribe. After a long argument, the cop allegedly smashed the tail light of the woman’s scooter. We can also see the constable hitting the woman with a brick. This entire episode took place in broad daylight at Golf Link area of central Delhi.

We could also see the woman hurling a stone at the cop’s motorcycle. We still don’t know the cop’s side of the story as there is no official statement from Delhi Police but the constable has been suspended from his duty and a criminal case is filed against him.

Here is the video of the incident: