Home Interesting / Off-beat Video: Real life Hulk lifts a car with his hands and moves it out of the bicycle lane 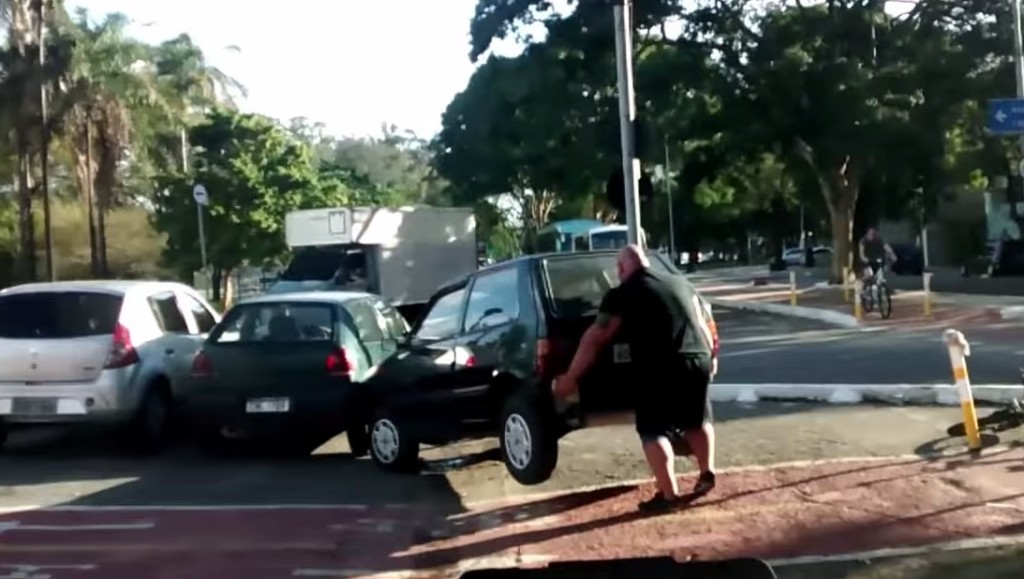 Move aside, Avengers, the world seems to have found its first superhero sans any suits, capes or magical powers. The following video depicts a man somewhere on the streets of Brazil cycling his way to the destination. As he stumbled upon a car parked in the bicycle lane by some slipshod driver, he didn’t take the easy way out. While he very well could have swerved his way around the blocked path, the beefed up man decided to put his bicycle aside and lift the car blocking the way with his hands to take it off the lane. His act of power and nobility was cheered by the bystanders who could hardly believe their eyes.

Towards the end of the video, we also witness a young man who approaches the car. He may just be a bystander offering to help, or probably the owner of the car who approached the scene trying to help by driving it out. The latter may be true as we see our hero gesture scornfully at him as he tries to approach him. In any case, the Muscle Man was in too much of a hurry to even acknowledge the cheers he received from the public.

The car is question seems to be a Fiat Uno, and shouldn’t have weighed anything less than 800kg. Looking at the hefty built of the man in question and the incident that ensued, we suspect he was a professional weight lifter. Check out the amazing video here