India has been known to create some sports cars in the past, the DC Avanti, DC TCA and the Race-Mo and skipping the supercar level, we directly jump to hypercars. The Shul is a brainchild of Chunky Vazirani, who has previously worked with car makers like Rolls-Royce, Jaguar, Land Rover, Volvo and Yamaha. The car has also been designed with Kazunori Yamauchi, producer of the Gran Turismo video game series. Today we were invited to Vazirani Automotive’s headquarters in Mumbai where the company displayed the concept model of the Shul hypercar. 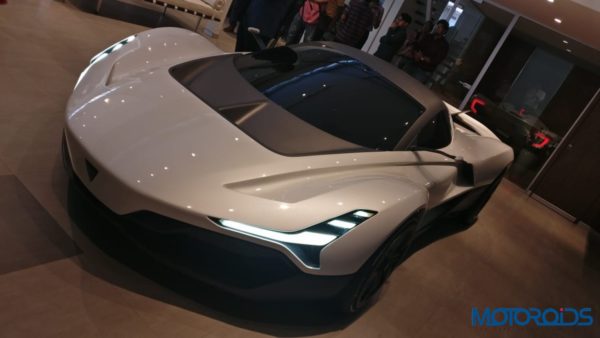 Made entirely out of carbon fibre, the design has mythical influences which can be seen in the headlights and the side vents. The side vents are inspired by Lord Shiva’s Trishul, that is where the name Shul is derived from. The Tyres on the car are made especially for the car by Michelin. The Shul is aimed to go fast around a track and not only aim for high straight-line speeds is what Chunky told us at the event. The first test mule is expected to ply on roads this time next year and will carry the same design seen in the images. 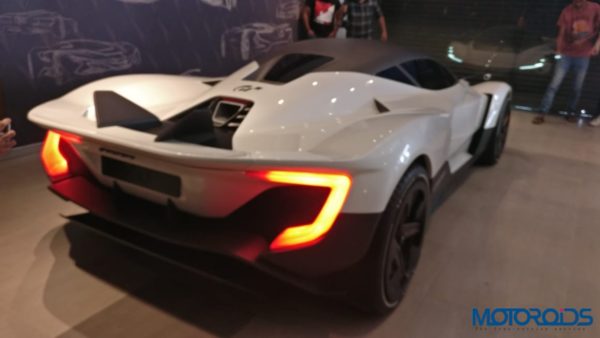 Another design highlight of the Shul is the absence of a rearview mirror, the car would use a bunch camera instead which would be legal in many countries by the time it is launched. The Shul is an all-electric hypercar which will also have a turbine engine on board to charge the batteries up and produce a beautiful sound note, similar to the Y2K superbike, from the top exiting centre exhaust. The turbine would be tuned to run on normal petrol or an alternate fuel like methanol by the time it is launched in the market. Here is a walk-around video of the Shul, please do watch, like, comment and subscribe and leave your questions in the comments.