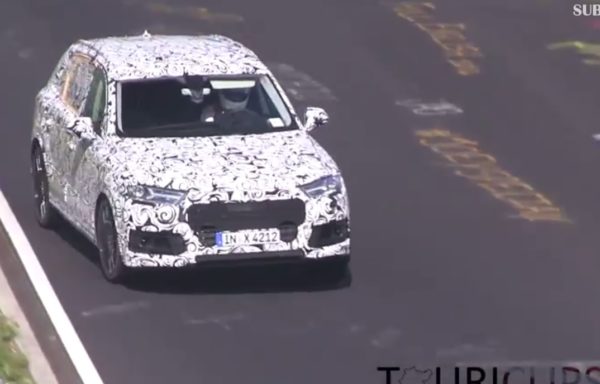 The Audi Q7 is expected to receive a hybrid version soon and it seems like the company has already started testing the vehicle in real world conditions. Automotive website World Auto Cars reported via a YouTube channel, TouriClips that a test mule of the upcoming Audi Q7 was spotted near Nurburgring.

This new SUV from Audi, which is expected to be a hybrid, is likely to adapt the powertrain from the RS5 TDI Concept and is likely to be badged as SQ7. Audi’s board member for technical development, Ulrich Hackenberg did confirm that the German car maker is planning to introduce an all new, light-weight Q7 which will be based on company’s MBL Evo Platform for 2015 while it will develop a advanced SQ7 derivative in 2016. 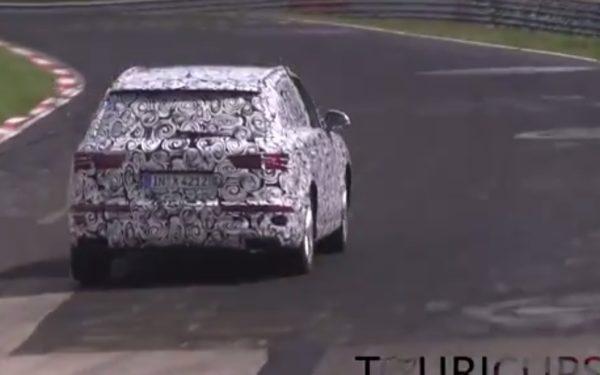 So expect to see a twin-turbo 3.0-liter V6 TDI engine that will come with a “supplemental electric turbocharger” and a lithium-ion battery. The engine will be tweaked to power the SUV.

The idea behind the SQ7 is to develop a powertrain that will not only be performance oriented, but also be environment friendly. The lower carbon emissions will also help the company and customers save on taxes in many markets. Other car makers are also adapting the fuel and battery power combination and Audi is in no mood to stay behind the competition.

Here is the video of the Audi SQ7 test mule at the Nurburgring. Share your thoughts about this upcoming Audi through comments below. Do stay tuned into Motoroids as we get you all the updates from the world of auto.