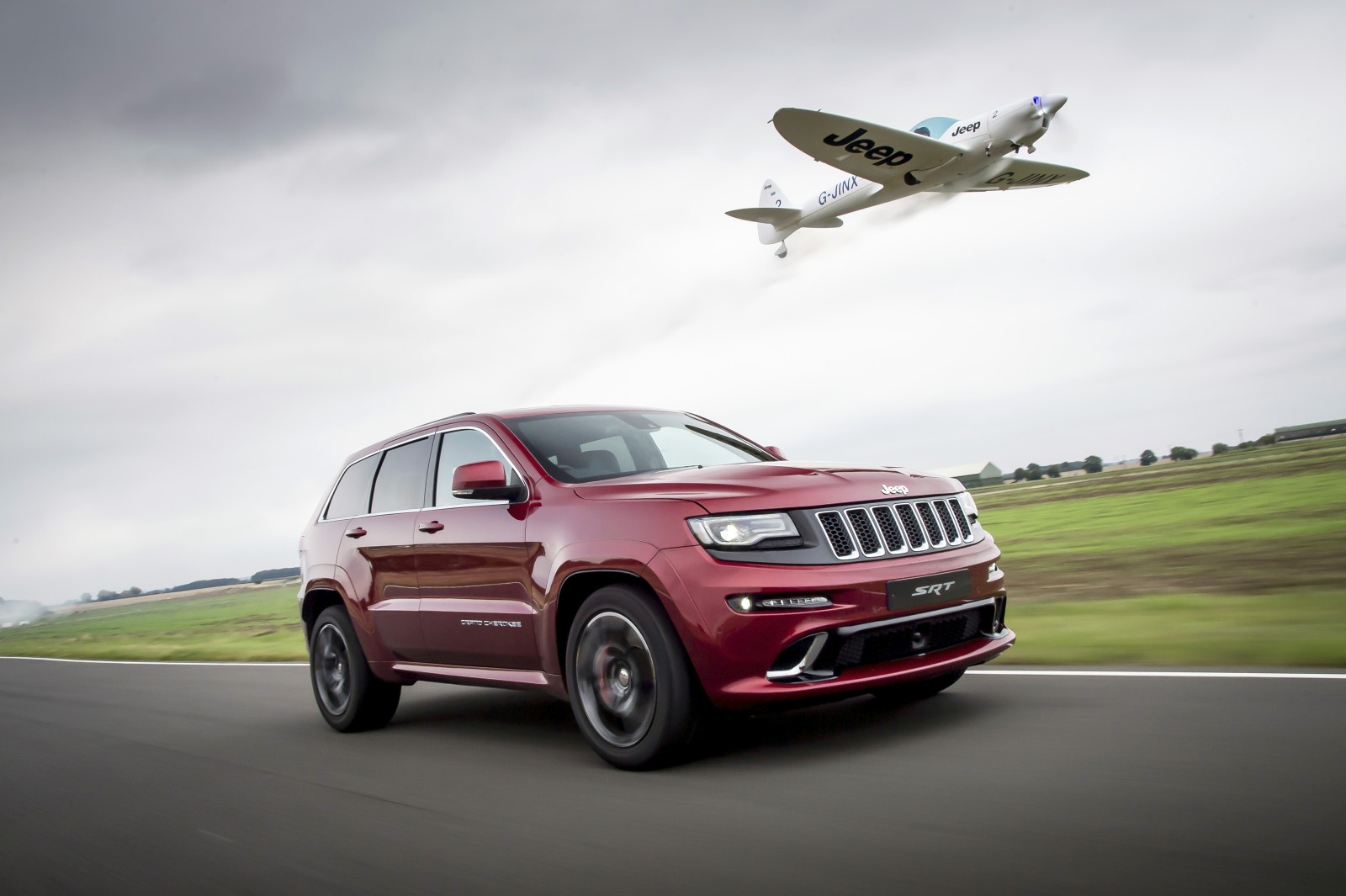 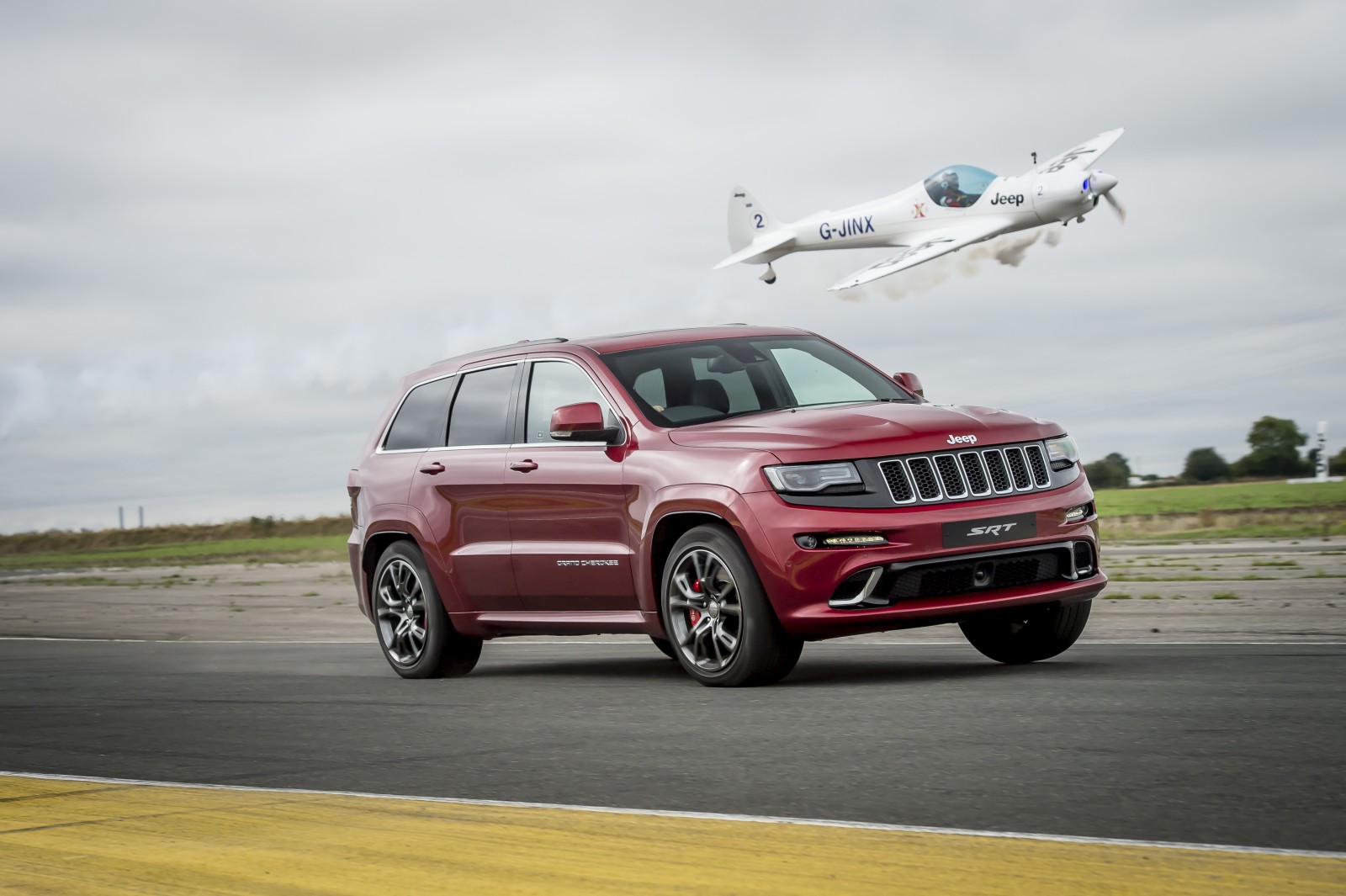 Jeep has put the 6.4L V8 HEMI powered Grand Cherokee SRT against a plane around a track – the first 4×4 vehicle to race. The Jeep vs plane challenge was inspired by the origins of the HEMI engine which was first developed for the Republic P-47 Thunderbolt fighter aircraft. 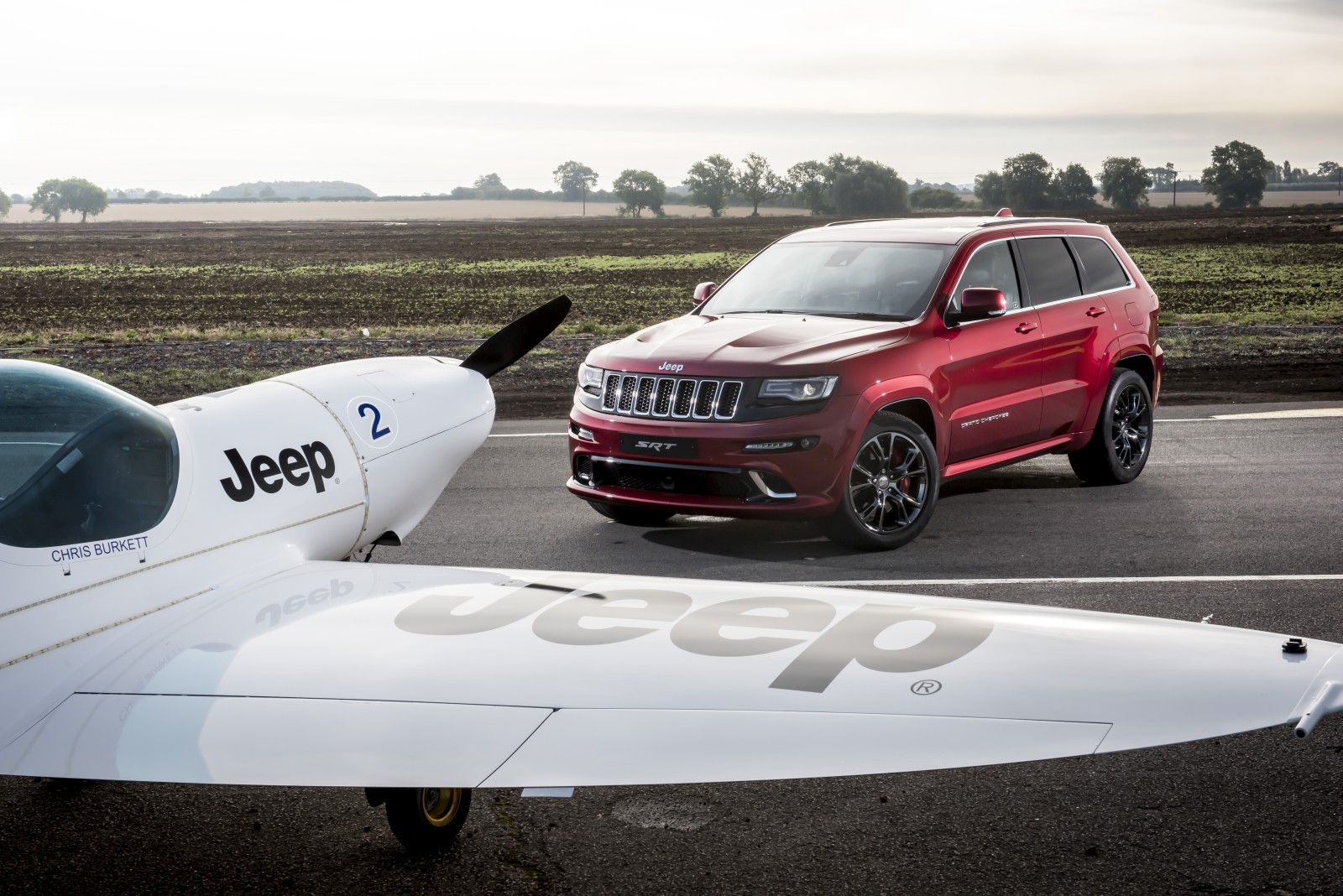 Blyton Park Driving Centre, Lincolnshire, hosted the head-to-head around its 1.8 mile circuit and saw both car and plane reach speeds in excess of 140 mph. While the Grand Cherokee SRT tackled the race track, the Silence SA1100 Twister plane navigated around seven-metre high pylons, as they both attempted to reach the chequered flag first. The Grand Cherokee SRT was driven by Ed Morris – the youngest ever British driver to compete at Le Mans 24 hour, while the Silence SA1100 Twister plane was flown by Peter Wells, a specialist aerobatic pilot with over 25 years of flying experience. 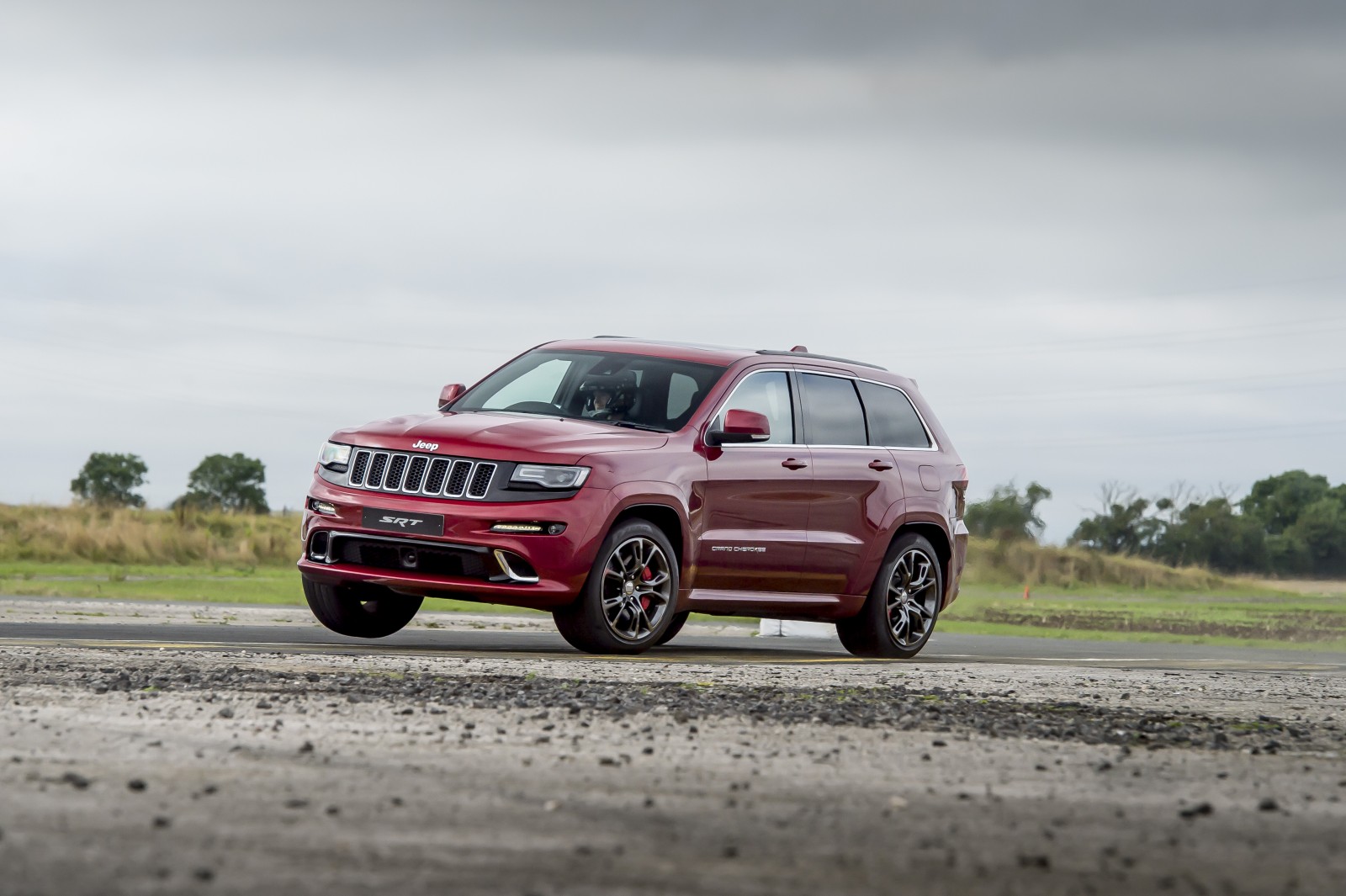 Who won? Check out the video of the Jeep Grand Cherokee SRT going against the SA1100 Twister plane below:

The 6.4L V8 HEMI powered Grand Cherokee SRT delivers a massive 461hp, and is packed full of high-performance technologies including launch control, Selec-Trac transmission and air-cooled 6 piston Brembo brake callipers which have a stopping distance of 116ft from 60-0mph. The SUV can sprint to speeds of 0-62mph in less the five seconds. 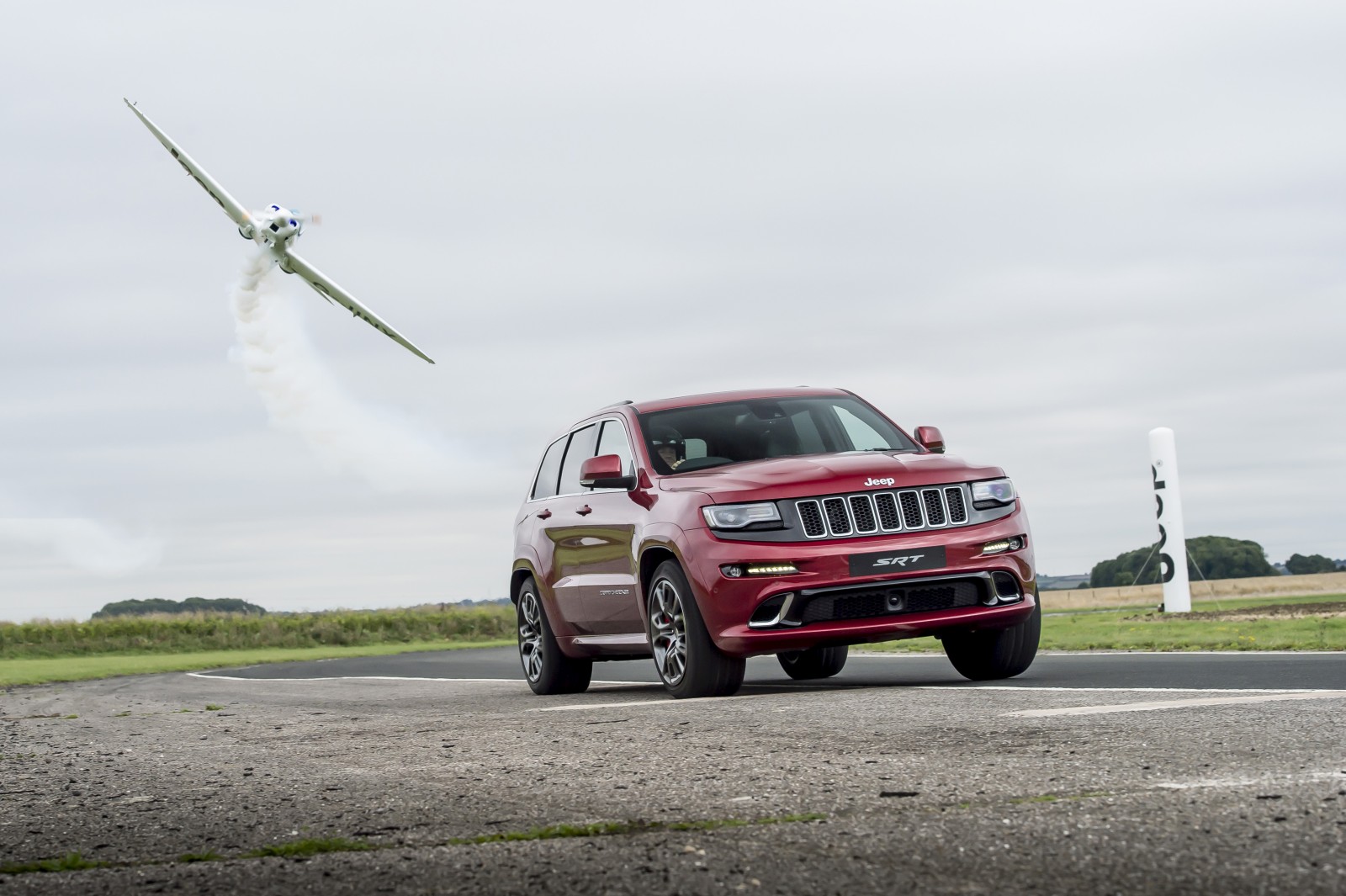 What do you have to say about this Jeep Grand Cherokee SRT v/s aerobatic twister plane face off? Let us know your views through the comments section below.