Home Ford VIDEO: Ford’s pothole mitigation system is what we need on our roads right now 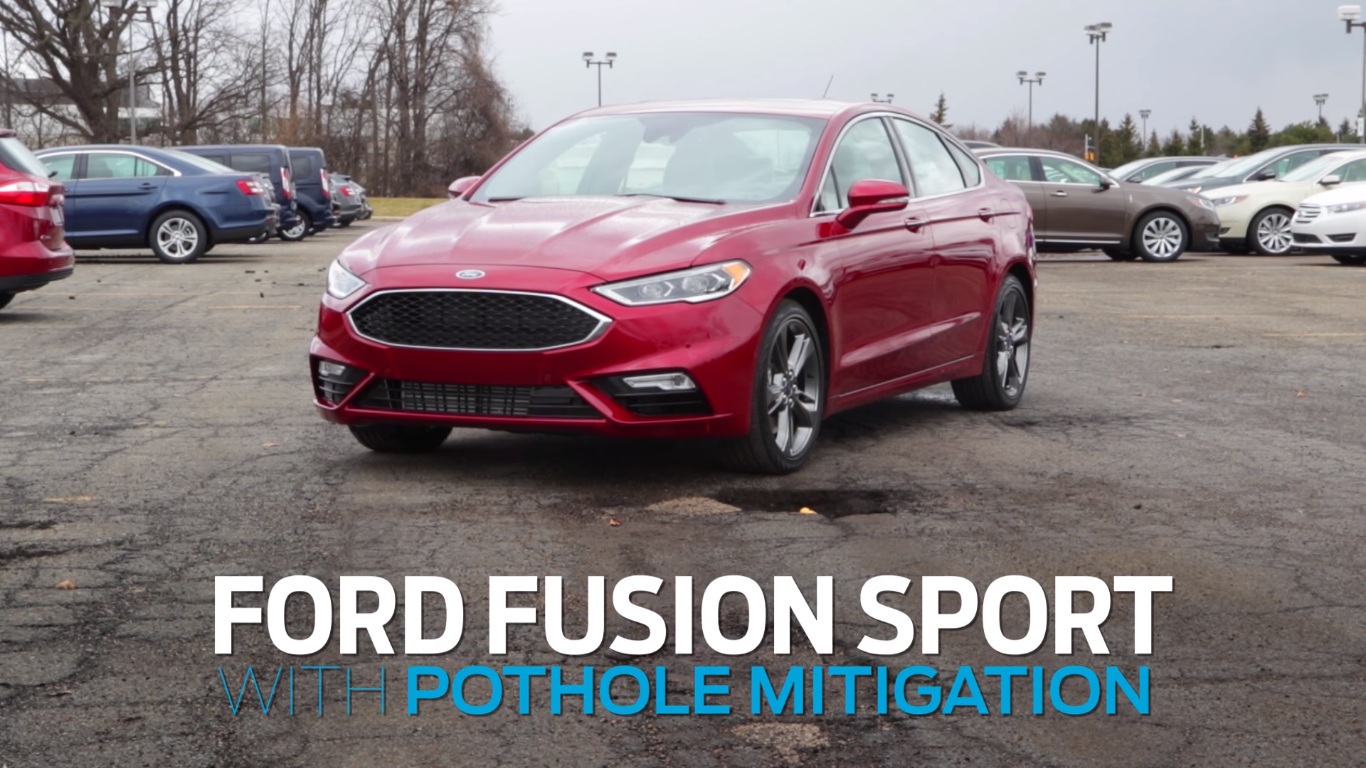 Most of us are tired of the uneven, pothole infested roads, some of which are suitable to test the next Mars Rover before sling shooting it to the red planet. But as always technology is here for our rescue, well somewhat. American car maker, Ford has equipped its all new 2017 Fusion V6 Sport with a new computer-controlled shock absorber system which can detect a pothole and accordingly adjust the suspensions in a matter of two milliseconds.

This new technology isn’t the final solution and even Ford says that it’s impossible to avoid all potholes while driving. But the car maker’s new damping system is said to significantly reduce the unpleasant feeling one gets when driving down a pothole-broken road. What exactly is happening behind the scenes? The new pothole mitigation technology works by detecting potholes and ‘catching’ the car’s wheel before it has a chance to drop all the way into the pothole. An on board computers continuously analyses signals from 12 high-resolution sensors, and accordingly adjusts the dampers in a matter of just two milliseconds.

The new Fusion Sport is the first midsize sedan in its class to offer this technology. Check out this video where Jason Michener, CCD System Engineer of Ford Motor Company explains the new shock absorber system: