Volkswagen unveiled the Golf R 400 concept at the  Beijing Auto Show (Auto China) 2014 this year. Now, the start up and revving of the concept has been caught on video.

The Volkswagen Golf R concept is based on the Golf VII R and is powered by the same four pot 2.0-liter turbocharged petrol engine. Thanks to a modified turbocharger that has a higher maximum charge pressure along with a reinforced crankcase, the engine now outputs a whopping 100 PS (73 kW) and 70 Nm (51 lb-ft) more than the Golf VIIR. The Golf R 400 Concept churns out 400 PS (294 kW) of max power and 450 Nm (332 lb-ft). 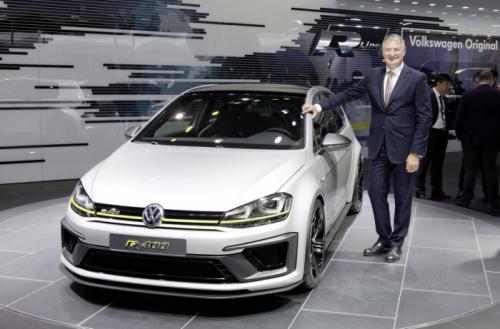 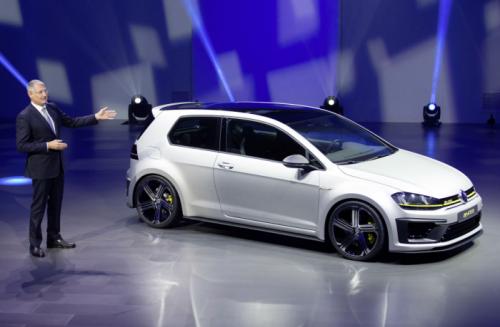 Tipping the scales at 1,420 kg (3,130 lbs), the Golf R 400 concept tips weighs the same as the regular R but the body is 20mm wider on both sides as a result of the new flared wheel arches. Filling those arches are 19-inch alloy wheels on an increased offset. A development of the Golf R’s standard ‘Cadiz’ wheels, these are highly modified, with high-gloss back inserts that act as air vanes, helping to cool the reinforced braking system.

Although the plans for production have been confirmed, there is no word on when the car will be launched.