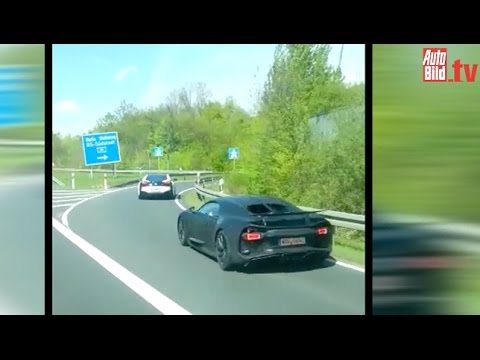 The much awaited successor the Veyron’s throne – the Bugatti Chiron, has finally been caught on film. The hypercar, presumably, can be seen wearing its stealth outfit. Just to make the whole scene even more exciting and exuberant, Bugatti made sure that there are not one, but two Chirons being tested simultaneously. Bugatti has been very secretive about this Veyron successor, quite understandably so. Volkswagen and Bugatti don’t want anyone sniffing about around the Chiron, which is due somewhere in 2015. 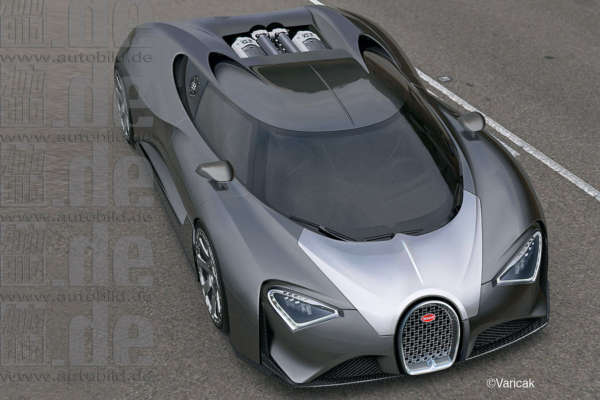 Looks like there’s a bit of Koenigsegg CCX on the Chiron. Not that it’s a bad thing.

Just to refresh your memory, the Bugatti Chiron will supposedly source its power from a massive W16 engine. This state-of-the-art powerplant is to produce 1500bhp of maximum power and a colossal 1500 Nm of torque, all of which will find their way to all the four wheels. The 0-100 km/h time is claimed to be just 2.0 seconds, which might very well alter your facial expressions for a while. The top whack will be well north of 460 km/h, which should satisfy the uber-wealthy folks who will lay their sweat-free hands on this hypercar. Transmission duties are to be taken care of by a revised 7-speed dual-clutch unit.

Watch the short clip below and let the mind-revving begin. Also, tell us what you think of this all-new Bugatti. Do you think it will be a match for some of the modern-day, super fast Ferraris, Lamborghinis and Paganis?