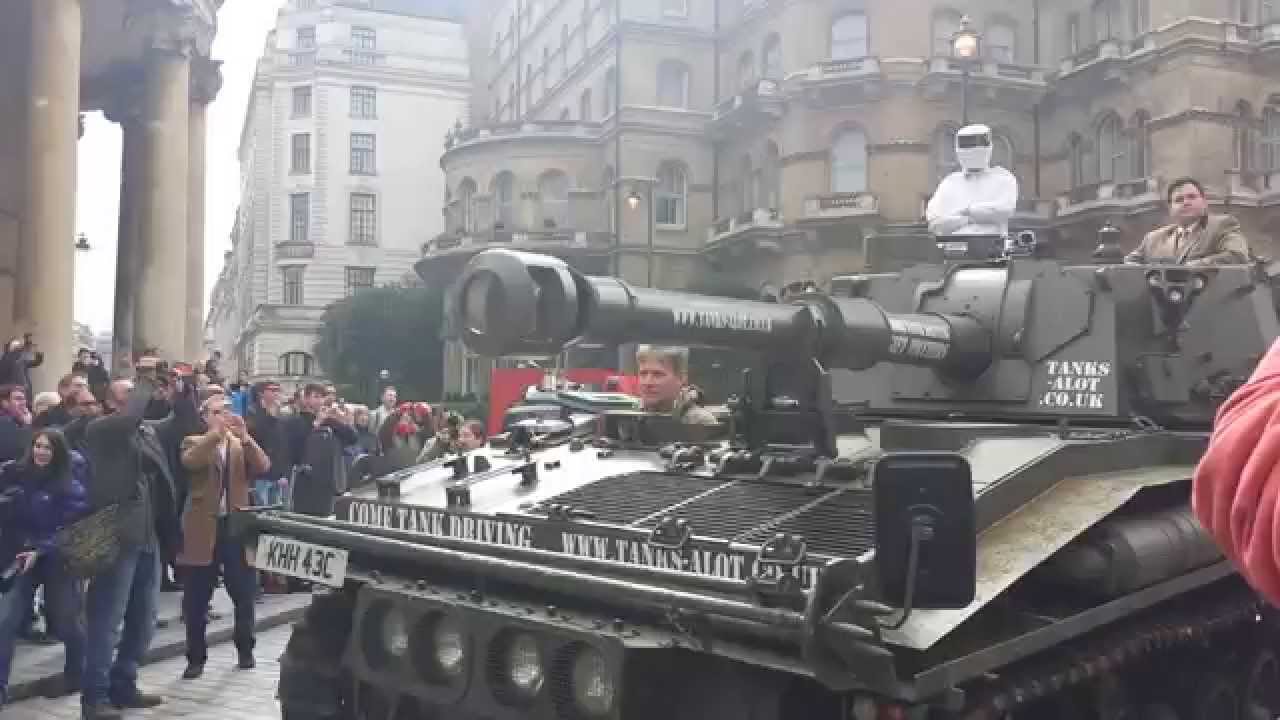 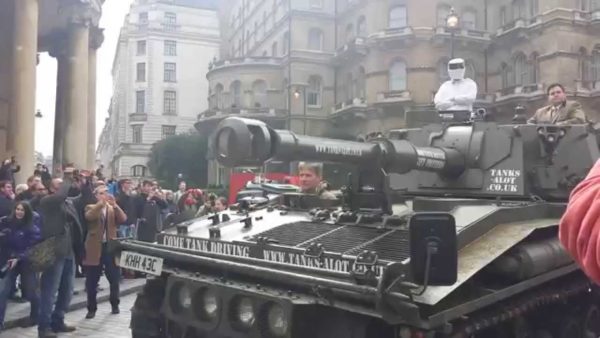 Ever seen a morcha on the street while on your way to work or to the shops? Most of us have, yes? However, when have you ever seen a battle tank leading one of those morchas? In this case, a petition to bring back the suspended Top Gear host, Jeremy Clarkson, back on television. The Bring Back Clarkson petition was organised online by Guido Fawkes, an owner of a political blog. The petition has gathered a million signatures and fawkes decided to show up at the broadcasting corporation’s HQ in a tank. Fawkes also elected to drive the massive thing right into the heart of London, with a fake Stig to support him. Though, this pseudo Stig’s helmet looks hideous, in our opinion.

Of course, this petition could have been done by hordes of fans and followers of the show, just walking up to the BBC’s London office. But, that wouldn’t have so much style and swag, would it. Hence, the need for a tank. Because nothing else says, “Do it or else KA-BOOM!”, like a tank. Obviously, one requires a special permit to drive a tank in the United Kingdom and none of these have live ammunition. That said, it still is a super heavy vehicle and you don’t want to be standing in front of it. Watch the video and let us know if you have a spare tank lying around for us to give it a whirl.