Home BMW VIDEO: A Snake Takes over the Engine Area of a BMW 3-Series GT

There are a thousand things that you can find under the bonnet of your car. These things may sometimes be living animals as well, it is common to have rodents enter the area. Apart from it being dangerous, the presence of an animal can cause some serious damage to the electrical systems of the car. That said, in this video you are about to receive a huge shock as you say an expert pulling out a 6-foot snake from the radiator of the BMW 3-series GT. This incident occurred in the Southern state on Tamil Nadu. 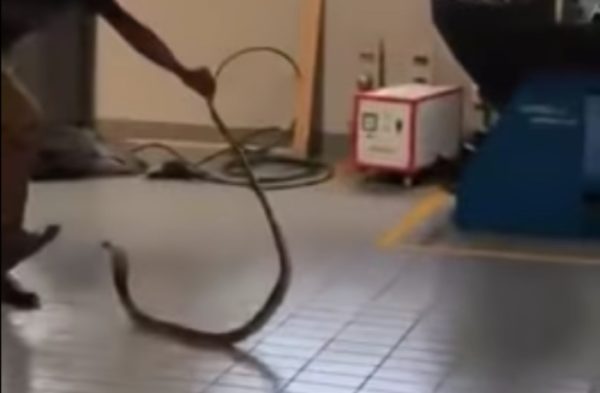 This happened in Madurai, where 2 businessmen were travelling to a wedding in the premium German car. On the road, the encountered a snake on the road. Assuming to have been dead under the wheels of the car, the men continued their journey. After some time, they saw the snake trying to enter the cabin of the car. Possibly scared, the men called the fire services who could not find the snake after an extensive search. Having a word with BMW, who assured them that the snake could not enter the cabin, the gentlemen continued their journey. When they encountered the snake for the second time, they decided to take no risks and had the car sent to the nearest BMW workshop. 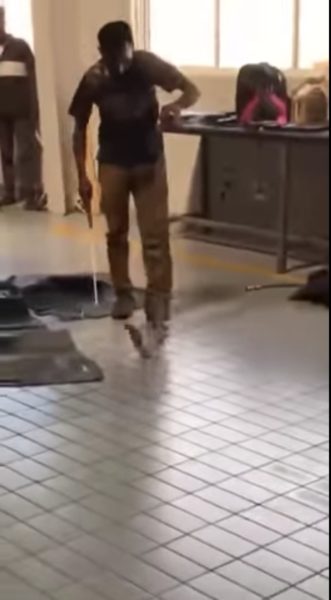 At the workshop, the car was opened up. The wheels and the front bumper had to be taken out to allow the professional snake handler to remove this 6-foot long venomous creature from the engine are of the car. Fortunately, no harm was done to any human beings due to this incident. The snake was then released back to the wild but the authorities had to be informed since the snake was venomous. Do watch the video linked below, and let us know in the comments, how would you react if a snake tries to come inside your car?