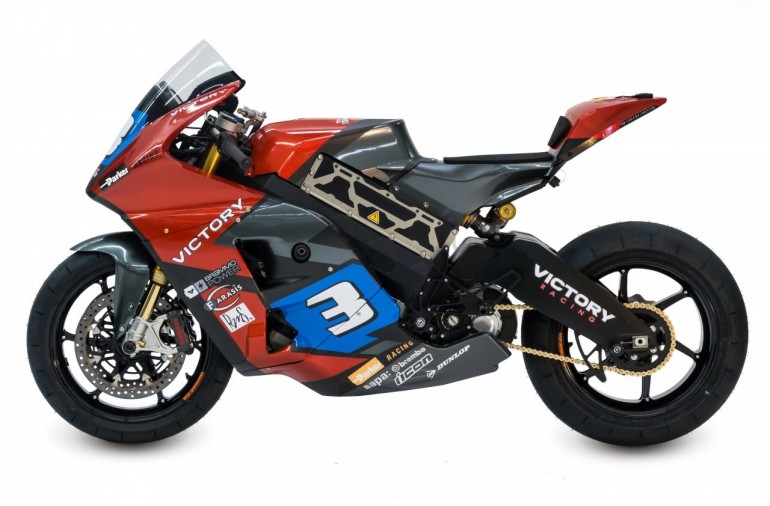 Victory Motorcycles, hitherto known for its big low-slung cruisers, has announced that it will enter two electric motorcycles in this year’s TT Zero race on the Isle of Man. In order to  tackle its first ever electric motorcycle race, the American manufacturer  has teamed up Northern  Irishmen William Dunlop and Lee Johnston.

Dunlop is a seasoned Isle of Man TT contender and nephew of the Island’s biggest legend, the late Joey Dunlop. Johnston  enjoyed his first Mountain Course win during last year’s Classic TT and proved  his current form after winning the North West 200 Superstock class on a BMW  S1000RR on Saturday, May16 – a race where William Dunlop finished fifth.

Victory Motorcycles’ decision to go road racing – and that too with fully-electric prototypes – came along with the acquisition of Brammo’s electric motorcycle business by Victory’s parent company Polaris Industries. The two motorcycles Dunlop and Johnston will be riding in the IOM TT are little more than reworked Brammo Empulse RRs with Victory badging. 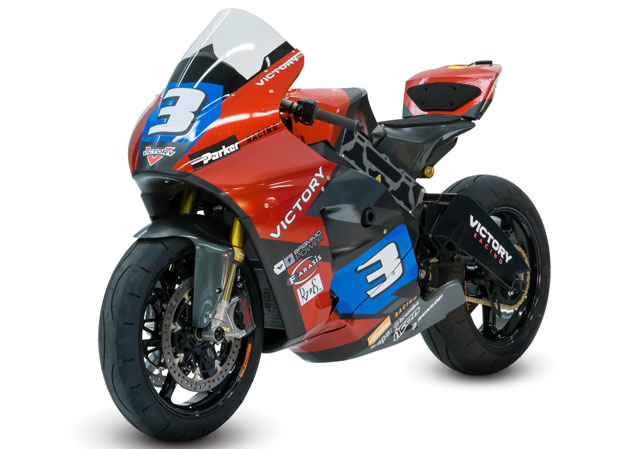 Not that it is such a bad thing. Billed “the world’s fastest motorcycle” for some time, the original Empulse RR was powered by a liquid cooled high performance GVM PMAC motor. In its new race guise, the battery pack has been been increased with 20 percent more capacity, now up to 17 kWh, while the motor has been detuned to 150 hp in order to last the full 60.72 km of the Mountain Course. As raced in eRoadRacing World Cup, the full power version produced 173 hp and was able to sustain race pace for approximately five laps in a race track with a 14 kWh battery pack. The motors for the TT Zero machines are made by Parker Hannifin, a highly regarded manufacturer that also worked with Brammo before the sale.

The IoM TT Zero and other racing efforts are part of Victory’s effort to rebrand and differentiate itself from other cruiser competitors in the market, including new sibling Indian Motorcycles. But does this mean a production electric bike is in the works for Victory? Our guess is as good as yours.