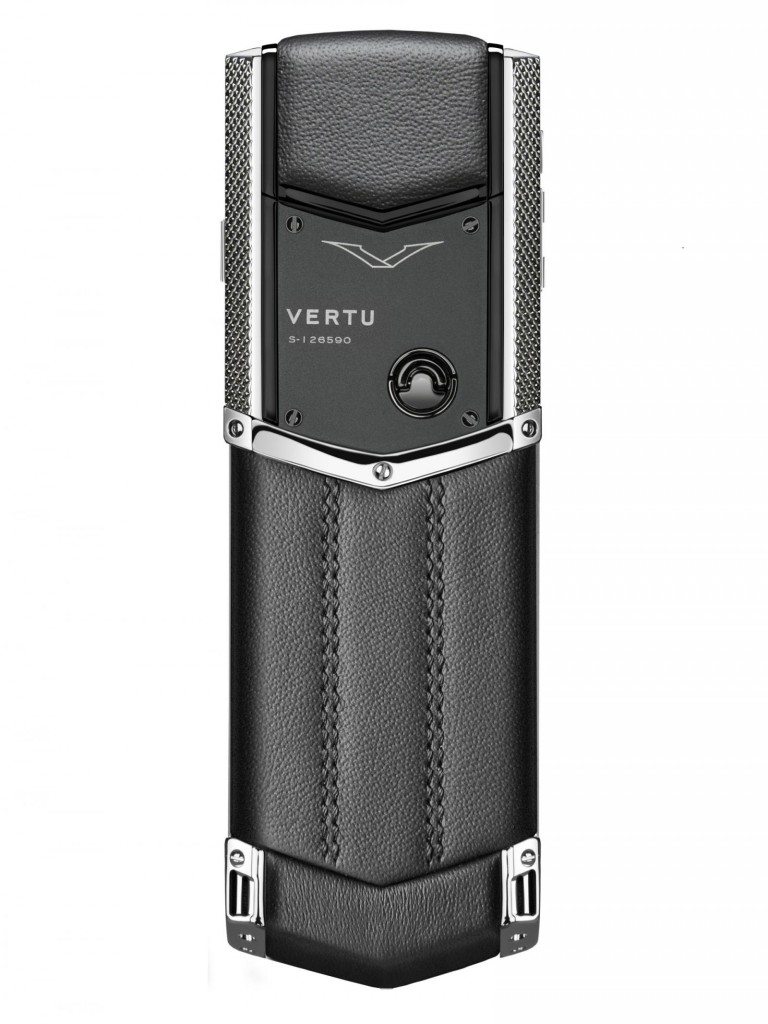 £14,500, or approximately 14.7 lakh INR – the next time your plutocratic self steps out from that Bentley, and the iPhone Gold 6 Plus doesn’t quite cut the mustard, be ready to part with the aforementioned figure for Vertu’s latest Bentley themed piece of jewellery, which also doubles up as a phone.

Bentley, in association with Vertu has unveiled their new, luxury mobile phone at the recently concluded Goodwood Festival of Speed in the UK. Officially addressed as the “Vertu Signature for Bentley” the luxury mobile phone is the second model to be produced as a part of the British duo’s five-year old partnership.

Unlike some of Vertu’s recent Android equipped devices, Signature for Bentley won’t be a smartphone, although it has a high resolution 2” QVGA portrait display, Bluetooth connectivity and 4GB of internal memory. But a Vertu is more of an artefact, and less of a communication device. Hand crafted in England, the phone sports carbon fiber inserts, and a high-end calf leather trimmed back with contrast stitching. According to Bentley, the phone also has “polished stainless steel sides which offer a tactile knurled finish reminiscent of Bentley control knobs.”

One can further jewel up their Vertu using the maker’s Made to Order configuration, a customization program that allows the buyer to customize the phone to match his/her car. As part of the program, one can select an assortment of stitching colours, black metal or sapphire keys as well as select button which has a White Diamond, Black Diamond, Blue Sapphire, Orange Sapphire, Ruby or Tsavorite gemstone. 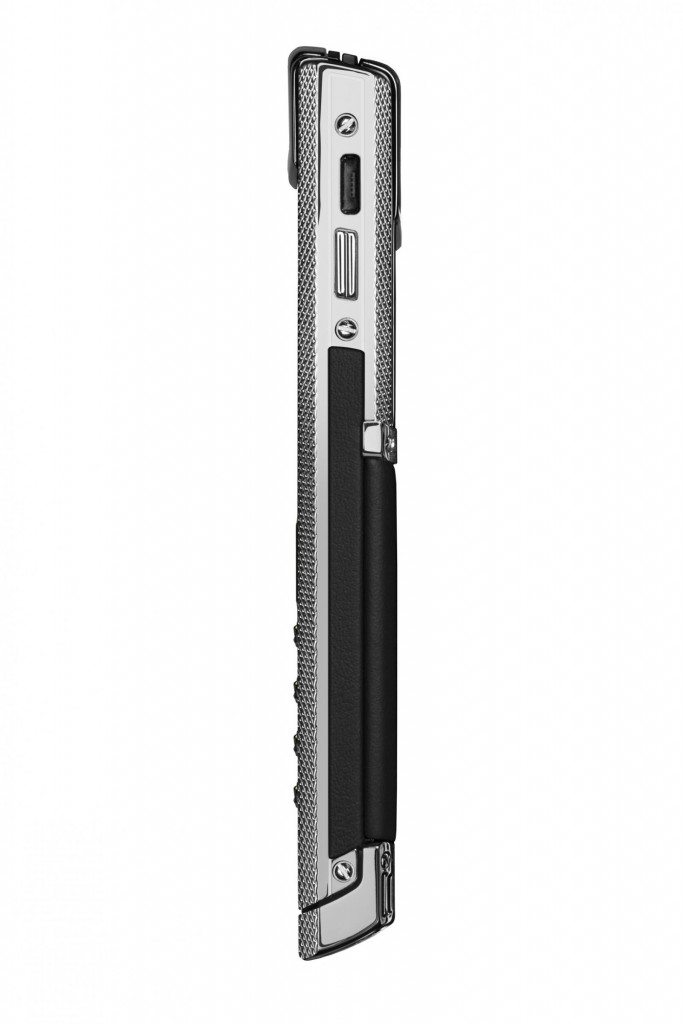 What’ more, the stratospheric price also includes a concierge service (12 months of 24/7 personal assistance) that Vertu offers with each of its phones. That means Vertu’s “dedicated Lifestyle manager” will book the wealthy client’s schedule, make personal recommendations, get him/her into private events and even help find the perfect gift for a loved one or colleague. The phone also serves as a direct line of contact with Vertu’s support staff so you’re always connected. The device is available for pre-order now but an official launch is slated for September 18th.