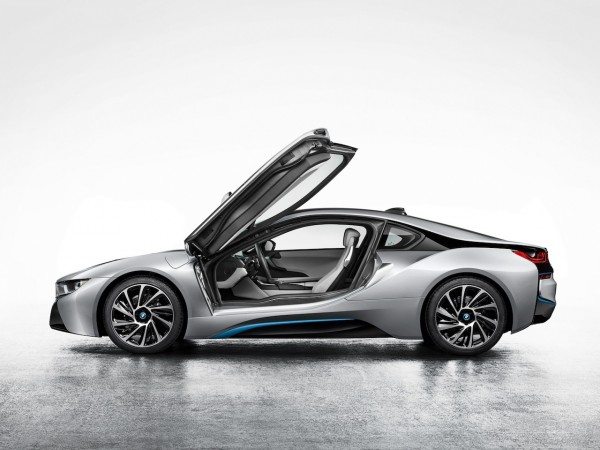 A journalist in Mexico took a BMW i8 for a media test drive; nothing too fancy or unusual about that. However, the fact that this journo managed to flip the plug-in hybrid supercar, which then landed on its roof, now that’s something you don’t hear about every day. The mishap apparently happened in Mexico City and the wrecked supercar was one of the first units to roll out of the factory floor.

We think the i8 came down that road, but soon went off of it as well!

It is not clear (as of now) as to what caused the sleek Beemer to end up on its roof. One photo clearly shows a part of the fence that’s ended up at the wreck site; suggesting that the supercar possibly went off the road and that somehow, resulted in this predicament. Also, because of the fancy (and beautiful) dihedral doors, the driver didn’t get out immediately and was probably stuck inside, leaving the journo enough time to piece together what went wrong. No matter what the whole story behind this crash is, it is sad to see such a gorgeous automobile in such dire straits. 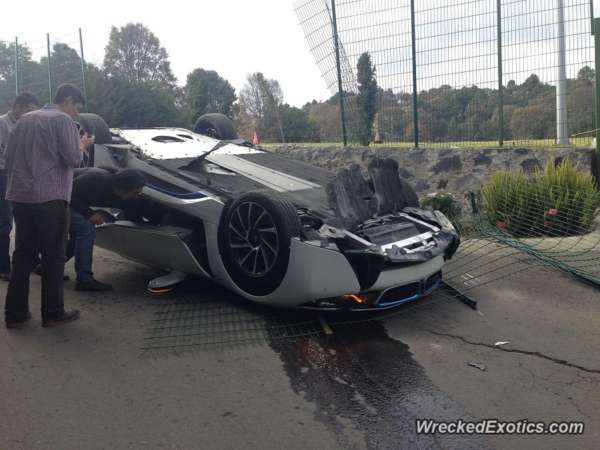 Notice the fence and the clean aerodynamic underbelly of the supercar

The BMW i8’s hybrid powertrain and a lightweight construction, enables this supercar to accelerate from 0-100 km/h in under 4.5 seconds; top speed is north of 250 km/h. In India, the i8 is priced at INR 2.29 crores ($360,000). Anyway, what do you think of this rather unpleasant scenario? Let us know of your thoughts in the comments section below.