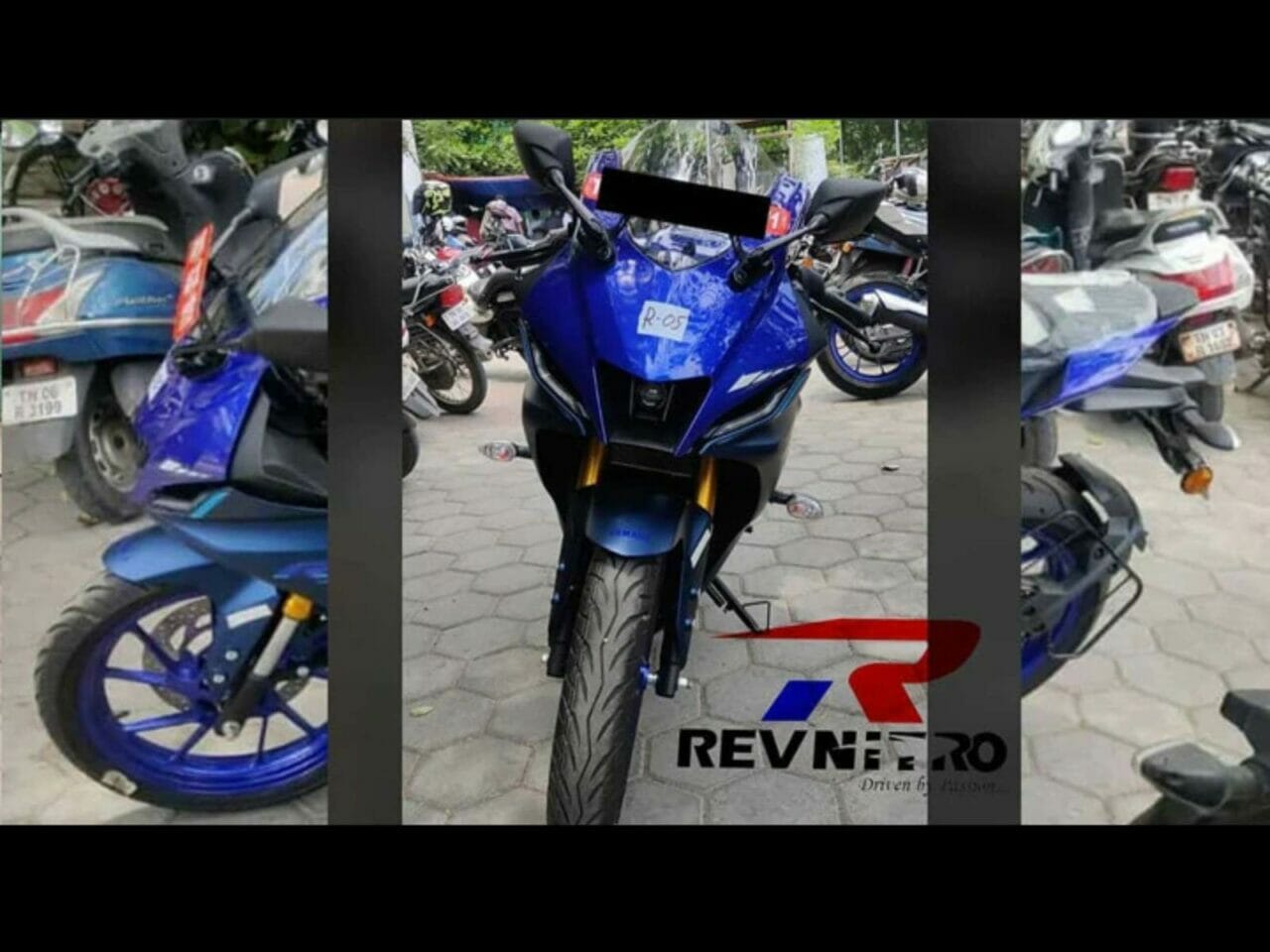 The past few months dripped with anticipation for Yamaha fanboys as a new faired sportsbike was spotted on test. Speculations suggested that it could be the new R15 V4 while some people believed that it is the updated R3. All the rumours were put to rest when a new R15 variant was spotted at a dealership, revealing all the key details. We have been patiently waiting for Yamaha to drop some information regarding its launch but that couldn’t happen until now. 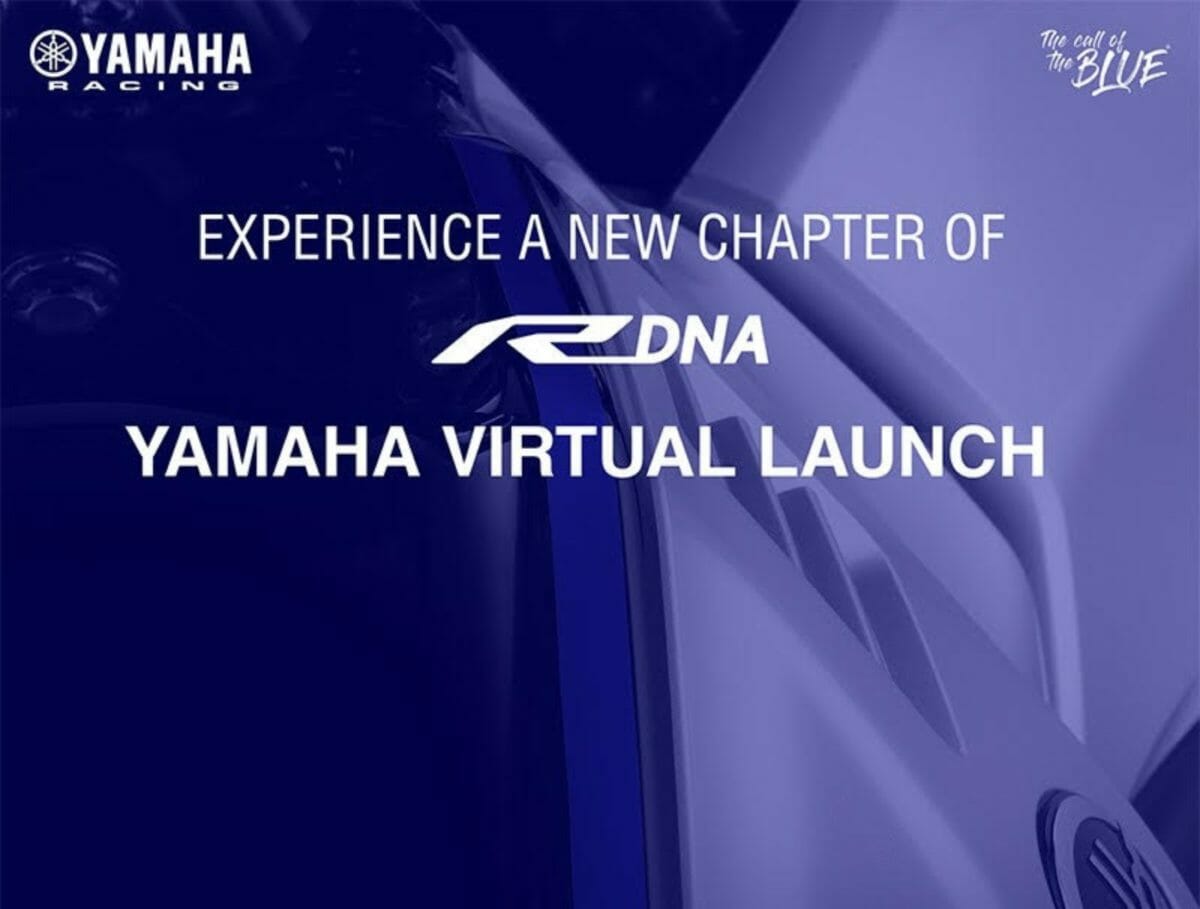 Yamaha India has sent out media invites for a launch event that is slated to happen on September 21. The invite reads ‘Experience a new chapter of R DNA, and it shouldn’t take a genius to figure out what it could be.

It is pretty evident from the spied images that the updated Yamaha R15 will get R7 inspired styling bits. The revised front end now features a single projector-type LED headlamps which is reminiscent of the recently launched R7. It is flanked by sharp-looking LED DRLs. The exhaust looks stubbier as well with a redesigned heat shield while Yamaha seems to have reworked the rear end too to make it appear a little bulkier than before. 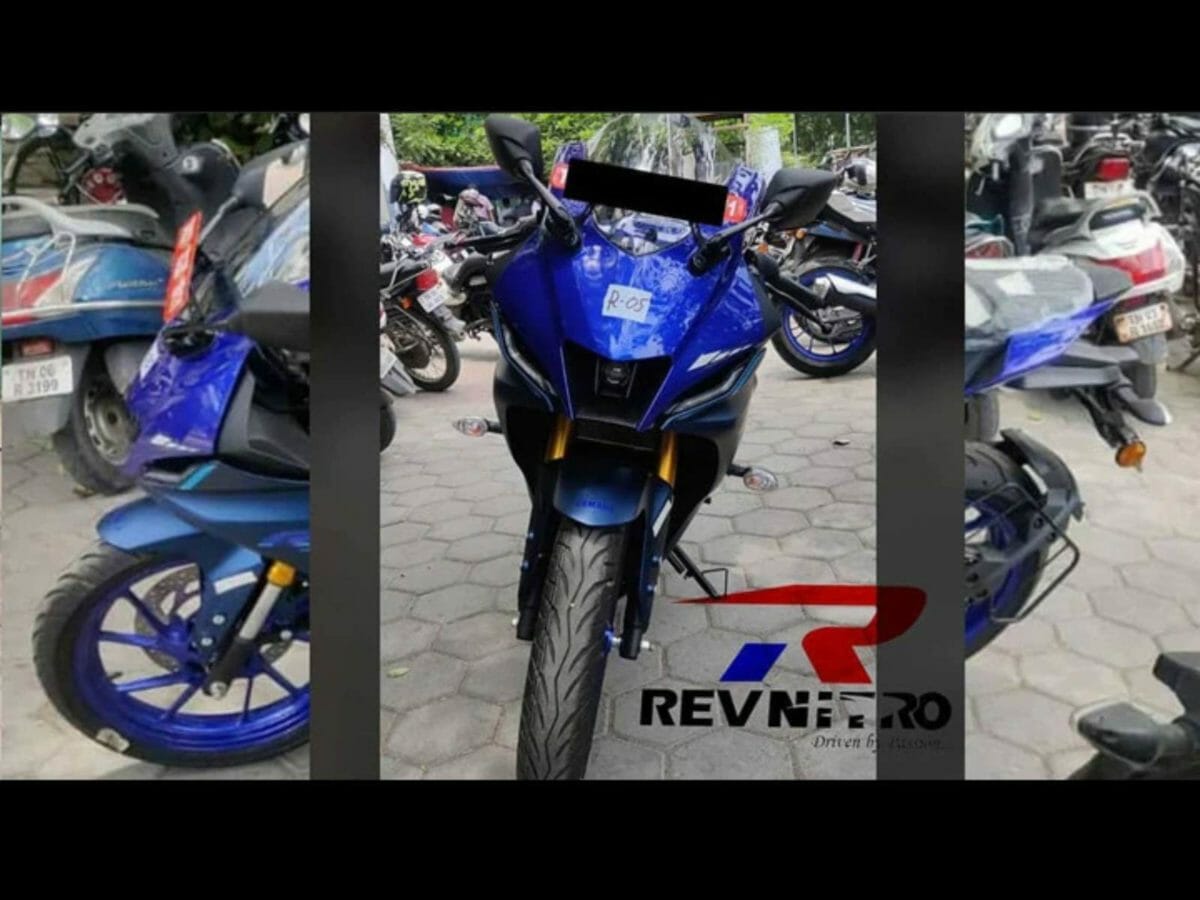 The gold finished USD forks instantly make their presence felt. The R15M or the R15 V4 will come equipped with USD forks up front, something which we have been longing for since time immemorial! It is worth noting here that the current iteration of the R15 also comes with USD forks in other markets but to keep the costs in check, Yamaha India has opted for conventional telescopic forks in the R15 v3. 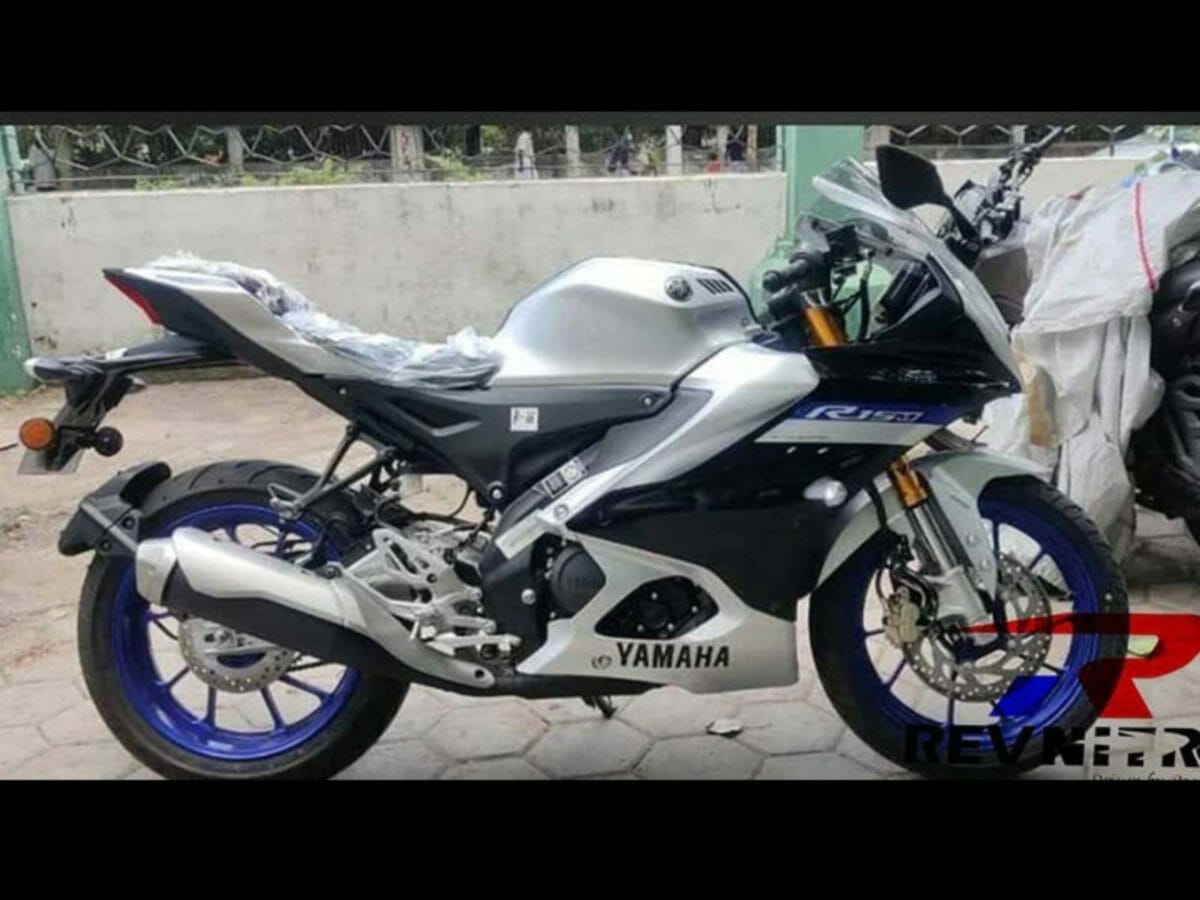 The R15, even in its current avatar with telescopic forks is already considered to be the most potent machine in its class when it comes to handling. The inclusion of USD forks will only make the package even better than it already is!

Also read: Look How The Chinese Massacred The Mighty Yamaha R6 With This Blatant Ripoff! 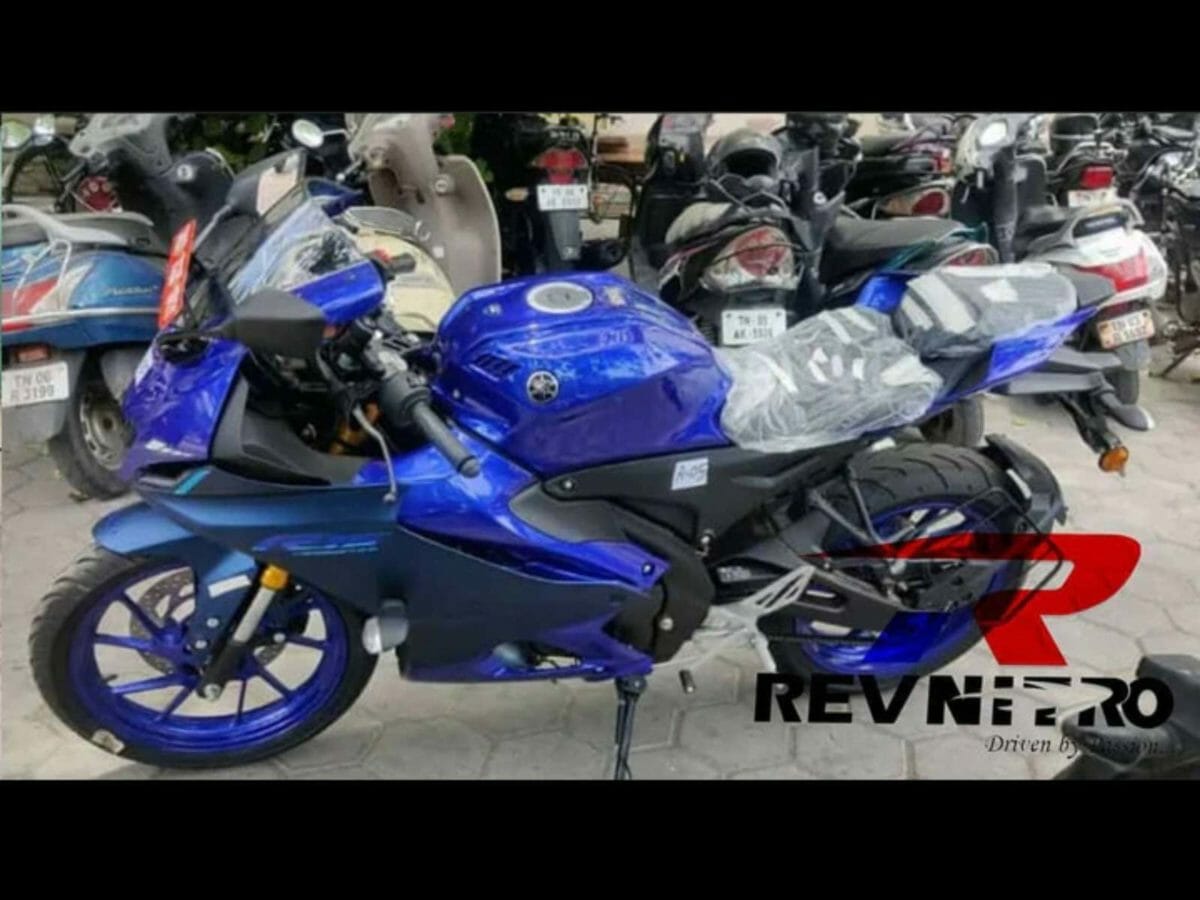 According to the leaked documents, the new-gen R15 packs the same 155cc, liquid-cooled single-cylinder, however, it’s been detuned to make 18.35PS (0.25PS lower than R15 V3’s power). That said, the bike remains as is dimensionally, with the same wheelbase, length, width and height.