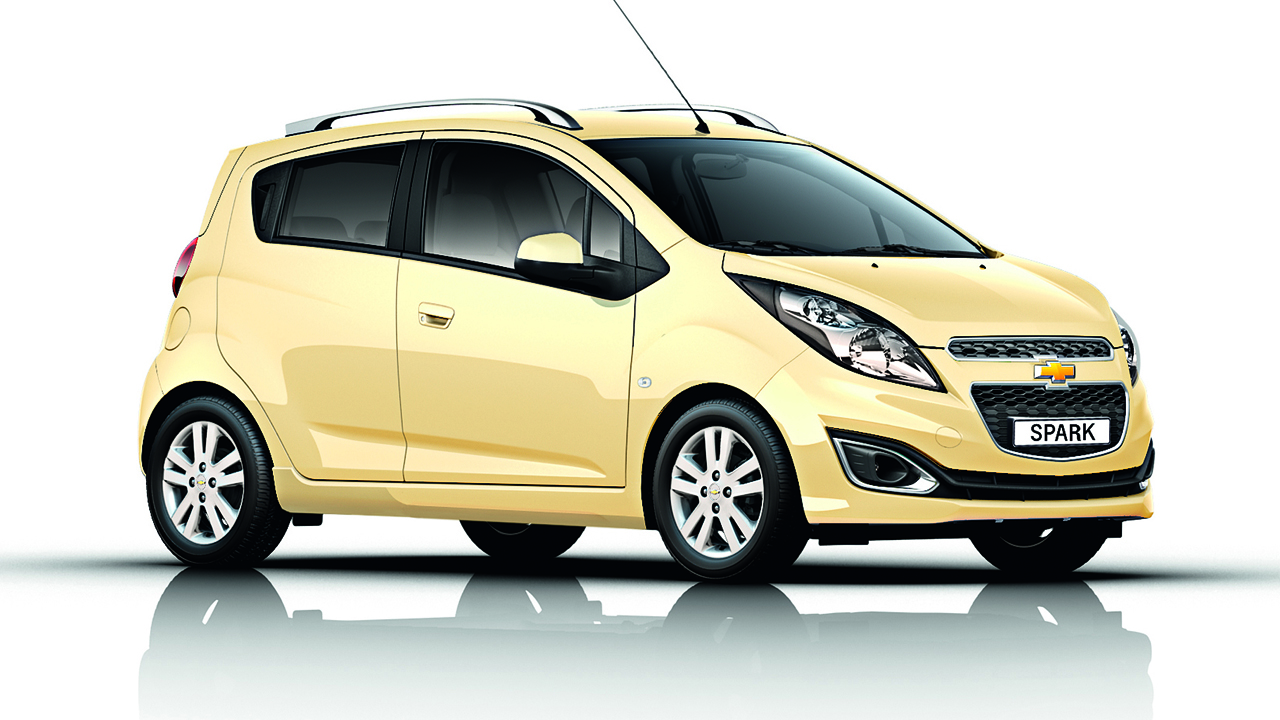 That the new, 2013 version of the Chevrolet Spark (International market) / Beat has been under development for some time by GM is no secret. The car has been caught doing the rounds a few times, and we brought to you some images of the test mule too. Now GM have officially announced the public debut of the new Beat / Spark at the 2012 Paris Motor Show.

The Beat, ever since it emerged on the horizon, has been a young, snazzy, modern car, and the facelift works towards further enhancing the young visual character of the nameplate. Key changes will include a redesigned grille, front bumper and sharper head lamp covers. The fog lamp housings will also get angular, edgier design to make it look even sharper. Top end variant will get a 15 inch alloy wheel in new design to accentuate its sportier, more grown-up stance. There will be a new design 14” alloy as well. At the rear, the center high-mounted LED stop lamp has been integrated into the spoiler above the window, resulting in improved rear visibility for the driver.

Inside the cabin, new decor elements have been added. The center console has been modified to look better and provide more storage space. Engine options are expected to remain unchanged and the car will continue be powered by the 1.2 liter petrol and 1.0 liter diesel units which propel it currently.
Expect a late 2012  / early 2013 launch in India. Do let us know what you think of the facelifted model.