The upcoming Yamaha Fazer 250 might still be a few weeks away from arriving at the showrooms but that did not stop motoring paparazzi from bringing us photographs of a completely undisguised model. The motorcycle, as seen previously too, will drop the dual headlight setup for an LED illuminator which it will share with the FZ25. The design looks different from anything that we’ve seen in the recent past, something alien and we would’ve preferred the typical Fazer style, dual headlight setup for the quarter-litre model as well.

The wing style LED pilot lamps sit near the lower part of the headlight. The motorcycle in spy photograph gets a red-gold paint scheme with contrasting body panels finished in black. The headlight is surrounded by faux vents. Save for the fairing, the Fazer 250 will share its design with the FZ25. It’d also feature the same, all-digital instrument cluster and flat, single-piece handlebar as the FZ25. The addition of the fairing should offer solace against windblasts which would result in lesser fatigue during long distance rides. The FZ25’s refinement levels impressed us and the Fazer 250 will most likely be the same. 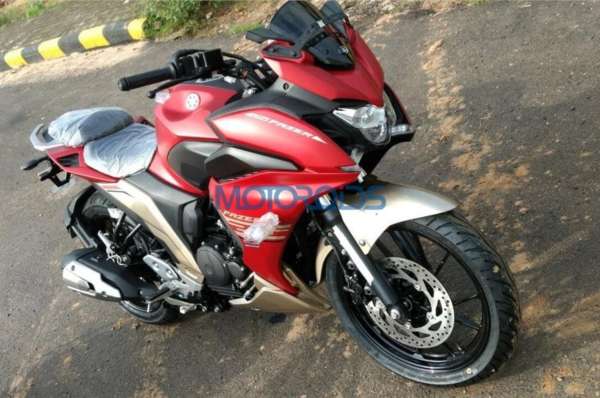 Running through the centre of the fuel tank is the contrasting black strip, something that we’ve already seen on the FZ25. The “250 Fazer” and “Fazer” tag is printed on the fairing.

The mechanical specification are not likely to change from the FZ25 either although, with the added fairing, the Fazer 250 is likely to be heavier than the naked roadster. Thus propelling duties would be provided by the same single cylinder 249cc air-cooled, 4-stroke, SOHC, 2-valve, fuel injected motor with oil cooler which is rated to deliver 20.9 PS of power @ 8,000 rpm and maximum torque of 20 Nm @ 6000 rpm and comes mated to a five-speed transmission. 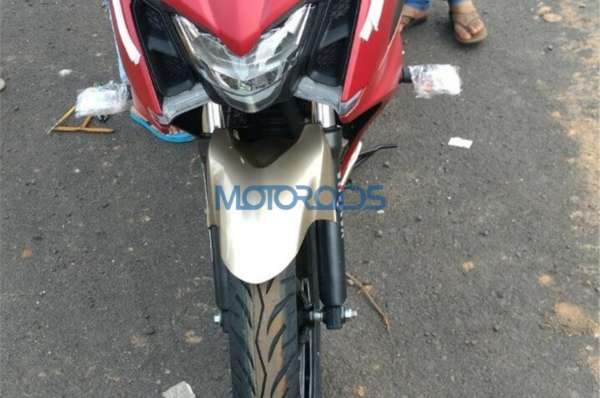 We’re yet to hear any official announcement about the launch of the motorcycle but previous reports indicate that new Fazer 250 will arrive sometime before the festive season.