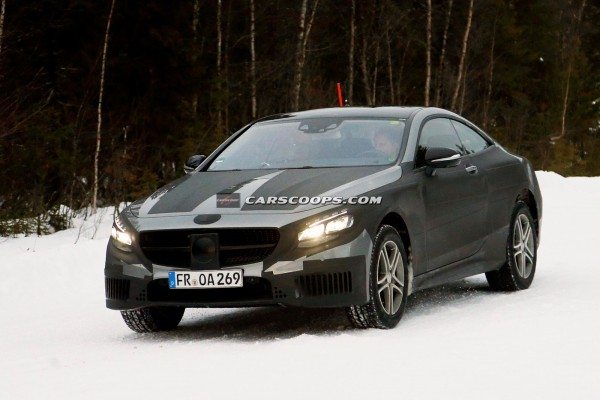 The upcoming Mercedes-Benz S-Class Coupe variant has been caught again, this time sans the full camouflage! The car was spotted in northern Sweden and these pics confirm our belief that the Coupe variant will carry only minimal changes when compared to the concept’s exterior. The production spec car will have a 10mm higher roof, a 20mm narrower body and a 30mm more upright front.

Also, the production spec car won’t boast of the concept’s sleek mirrors and stylish 21-inch wheels. However, the latter might make it to the options list when the S Class coupe goes on sale. Overall, the production S-Class Coupe will look much like the concept we saw at the 2013 Frankfurt motor show.

On the inside, the car will have a styling that will be similar to that of the S-Class sedan interiors. The car will also share its engines and underpinnings with the sedan model. This means that the car will get V8 and V12 powertrains, in both regular and AMG variants. 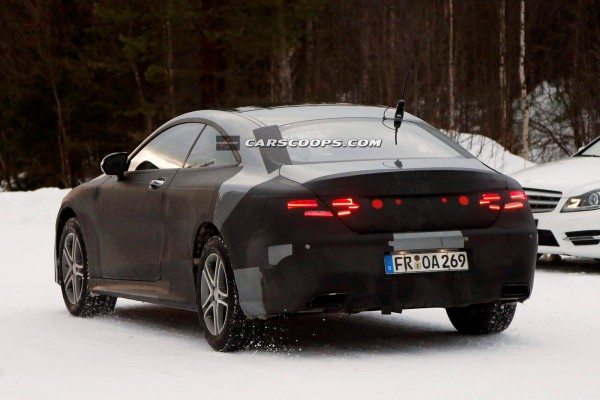 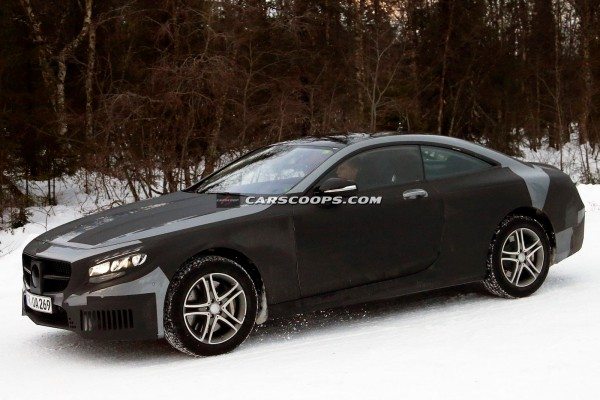