According to earlier reports, it was certain that similar to the Celerio, Maruti Suzuki could equip the upcoming Ciaz sedan with the AMT. (CLICK HERE TO READ OUR EARLIER REPORT ON THE SAME). Now, as per a new report, it has surfaced the Ciaz, which replaces the SX4, will be equipped with a CVT instead of the AMT.

Although the Ciaz will be replacing the SX4, it will be more premium and loaded with features compared to the SX4. The price will also be a bit more. The production spec Ciaz will carry on the design cues from its concept avatar which was showcased at the Auto Expo 2014 in February. The car will feature sleek exteriors and a sporty stance. 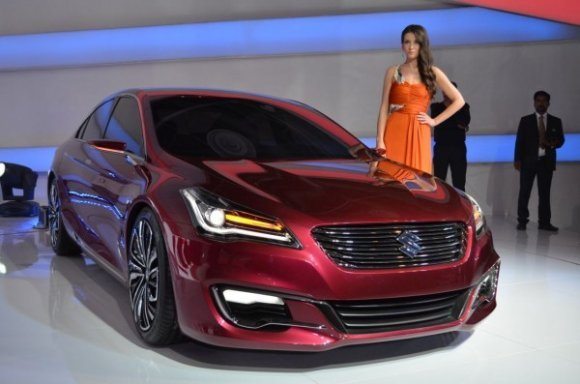 The Maruti Suzuki Ciaz will ride on the same platform that underpins the Ertiga MPV. Powering the car will be the same 1.4 liter K Series petrol and the 1.3 liter VGT Multijet turbo diesel engines which power the Ertiga.

Stay tuned to Motoroids for more updates on the Maruti Suzuki Ciaz India launch and other details.