Toyota recently gave a facelift to their bread and butter model- Innova. As already known, Toyota will be launching the new gen Innova in the year 2016. Now, a Team-BHP member  “tharian” has managed to get his hands on the spy pics of the 2016 Toyota Innova. The upcoming new gen MPV was spied near Bangalore and gets a new grille and refreshed tail and headlights. 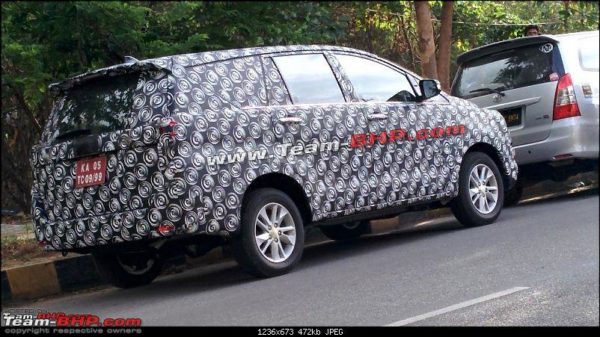 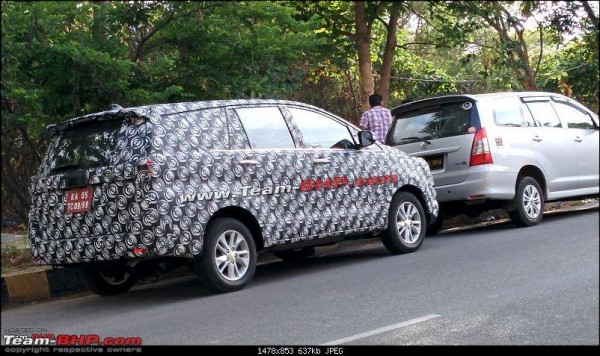 Recently,  Toyota India announced that the Fortuner will be available with a 2.5 liter engine.(CLICK HERE TO READ OUR REPORT ON THE SAME) The new gen Toyota Innova and  Toyota Fortuner will be powered by a new range of diesel engines which are currently under development by the Japanese car maker.

As per earlier reports, Toyota is unlikely to use monocoque chassis for the construction of the new gen Innova . Instead the new Innova will be based on a ladder-frame setup. The new model will offer a roomier cabin and more features compared to the  current Innova. On the outside, the new Innova is described as having ‘striking’ design cues. Also, it is also being said  that the new gen Innova will be available with a diesel engine mated to an automatic transmission.

Stay tuned to Motoroids for more dope on the new gen 2016 Toyota Innova and other details.