We have always been a fan of hot hatchbacks. In India, the most powerful hatchback officially on sale is the BMW 1-Series, which retails at a whopping INR 30 lakh+( Its a Beemer afterall). Those who do not have enough dough for the Beemer but can shell out INR 8-9 lakh for a hatchback ( a rare scene in the Indian automotive scene), go for the Volkswagen Polo GT (TSI or TDI) which churns out more than 100 bhp. No other hatchback in India is more powerful than the BMW 1-Series.

Ford recently revealed the 2015 Focus ST at the Goodwood Festival of Speed this week. As already known, Ford has been testing the 2016 Ford Focus RS and now a mule has been spied undergoing testing at the Nürburgring. 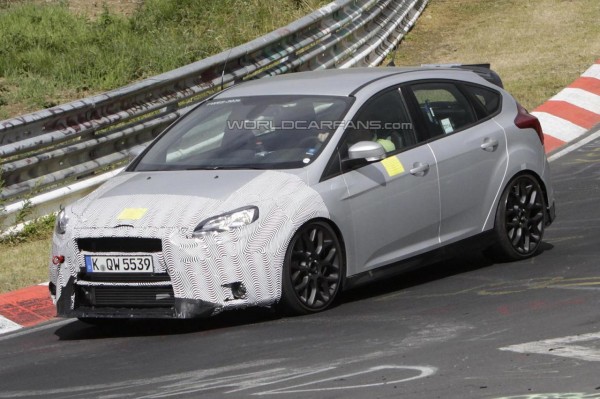 The test mule seen here in the pics wears a pre-facelift Focus ST body but with some modifications such as the bigger air intakes, a front lip spoiler and a lowered ride height. In addition, it is also equipped with a different roof-mounted spoiler and a modified exhaust pipe setup where the pipes sit closer to the rear bumper’s sides whereas the Focus ST has a centrally-positioned exhaust setup. According to reports, the Focus RS will remain a front-wheel drive car. To offset potential torque steer problems, Ford will be adding an electronic differential and an updated version of the Revoknuckle front suspension, which is nothing but Ford’s own adaptation of the MacPherson strut. 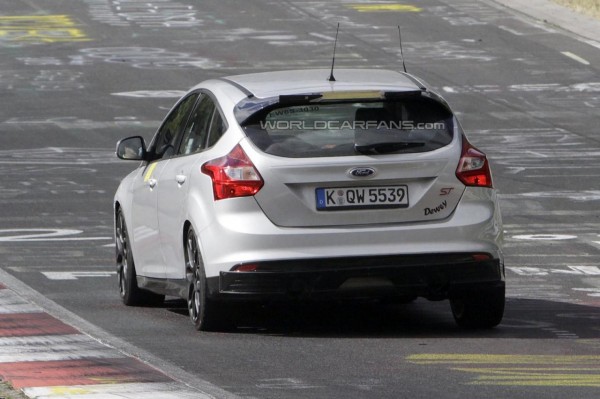 Powering the 2016 Ford Focus will be the four-pot 2.3-liter EcoBoost engine from the 2015 Mustang. For the Focus RS, the engine will crank out 350 bhp instead of the 305 bhp it pumps out for the ‘Stang.