The upcoming 2015 Mercedes-Benz B Class facelift has been spied. The car was spotted testing near the Arctic Circle with minimal camoflauge, since this will be just a minor facelift.

The second generation Merc B Class made its public debut at the IAA in the year 2011. The car is expected to undergo a minor facelift, which will be unveiled at the 2014 Paris Motor Show scheduled in September 2014. The test mule seen features the design cues implemented by Mercedes-Benz on its other models, especially in the frontal section. 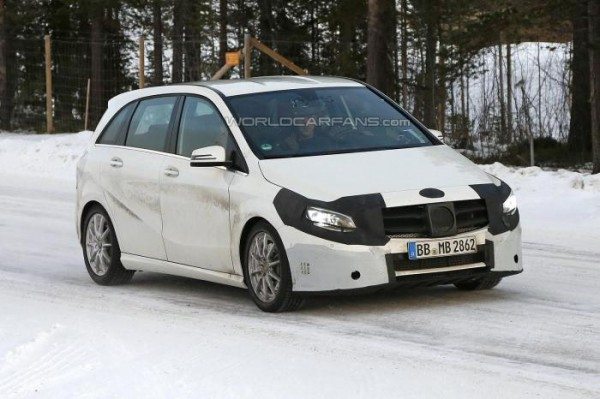 Cosmetic changes will be done on the front bumper and the area around the headlights and taillights, and the interior is also expected to be tweaked. The car will use the existing powertrain, which include: 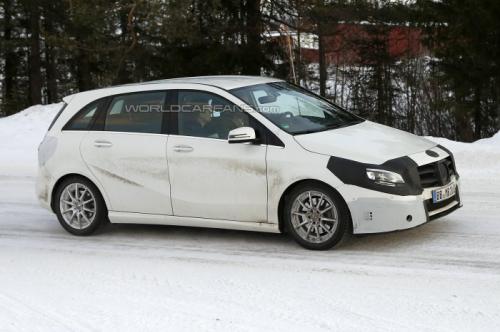 Also for the interior, it is rumored that Mercedes-Benz will change the materials and colors used in the cabin, along with providing some upgrades to the infotainment system. 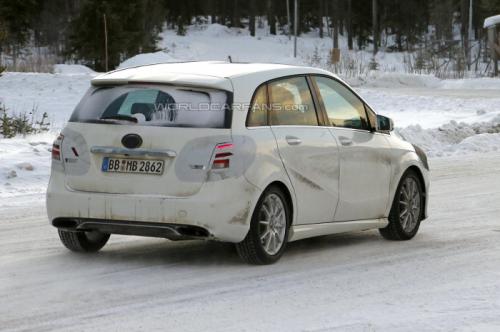 The facelifted B Class is expected to hit the European showrooms in 2015.

Stay tuned to Motoroids for more dope on the upcoming Mercedes-Benz B Class facelift.