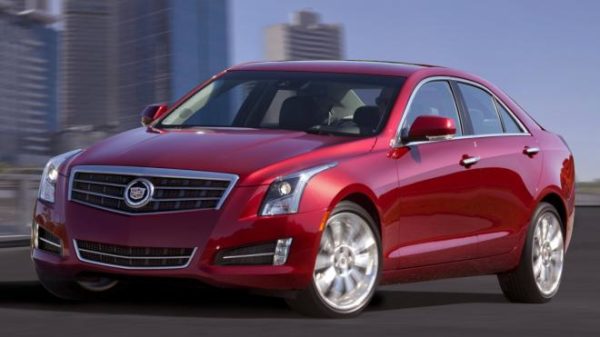 As per a recent report published on MotorTrend, the upcoming 2015 Cadillac ATS-V will be powered by a twin-turbocharged 3.6-liter V6 engine that will have a max power of 425 bhp (317 kW).

As we reported earlier, the upcoming 2015 Cadillac ATS-V will be a direct rival to the BMW M3 and if these figures are anything to go by, the upcoming car would be as potent as the mighty M3. However, in an interesting news, it is being said that Cadillac is working on coming up with a considerably more powerful ATS-V+, which will be powered by a V8 engine.

This report goes on to say that the CTS-V+ won’t get the new supercharged 6.2-liter LT4 V8 engine that powers the recently unveiled Corvette Z06. Instead, the car might get a twin-turbocharged version of the LT1 V8 engine that can be found under the hood of Corvette Stingray.

It is also being said that the same motor will also power the next Corvette ZR1. Interestingly, Corvette chief engineer Tadge Juechter recently stated that Chevrolet won’t come up with a new ZR1. (CLICK HERE to read this report)